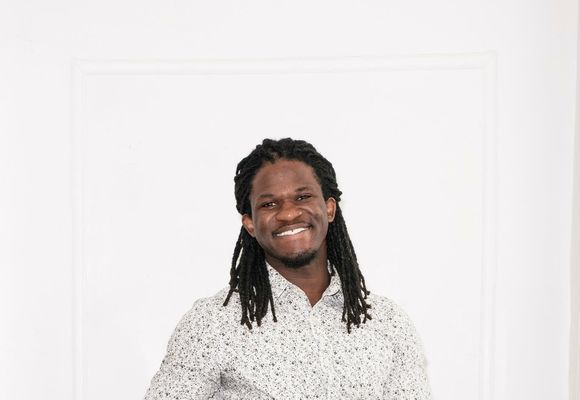 With his musical roots firmly planted in his gospel upbringing, jazz pianist Jonathan Thomas brings a soulful and meaningful intent to every note he plays. Born and raised in Cleveland, Ohio, he benefited from the city’s wide range of jazz veterans and swing-rooted tradition.

Sonically, his sound harkens to the creative influences he’s adopted. Influences such as Kenny Kirkland, Wynton Kelly, and Mulgrew Miller are apparent muses and thus lend their sound to his style.

Thomas earned a BFA on a full scholarship at The New School for Jazz and Contemporary Music in 2015 and began his study at The Juilliard School in 2017 for a Masters in Music. He has been student to pianists Aaron Goldberg, Dan Nimmer, Aaron Parks, and Taylor Eigsti. In 2012 he was awarded The ASCAP foundation Herb Alpert Young Jazz Composer Award.

Deemed stunningly good by the New York Times, Thomas has played in jazz festivals around the world, opened for Benny Golson, and has performed with Charles Toliver, Bruce Williams, Richie Goods, Jazzmeia Horn, and the Cleveland Jazz Orchestra, among many others.

He can be found at his bi-weekly residency at Smalls Jazz Club which he has hosted since 2015.