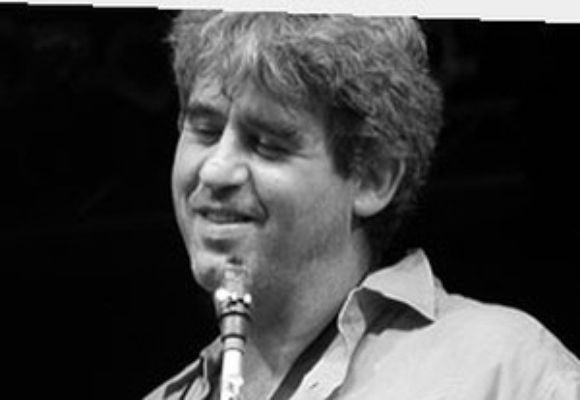 Tim Berne was born in Syracuse, New York in 1954, and was subjected to a perfectly normal childhood. But he didn't decide to take up music until nearly twenty years later when he was attending Lewis and Clark College in Oregon, putting most of his energy into intramural basketball. At this point, while resting a sore ankle in his dormitory, Berne encountered a saxophonist who was selling his alto, and bought it on impulse. "There was just something about the sound of the saxophone that got to me," he says.

Musically, up to that point, Berne had always been motivated by all types of music, but especially by the great Stax artists like Sam and Dave and Johnnie Taylor, as well as Motown artists like Martha and the Vandellas and Gladys Knight. This passion for the soulful quality in music would follow him for the rest of his career, a career that he could not possibly foreseen at the time. "I hadn't listened to much jazz, but then I heard Julius Hemphill's album Dogon A.D., and that completely turned me around. It captured everything I liked in music. It had this Stax/R&B sensibility and it had this other wildness. It was incredible. That's when I started playing."

Berne moved to New York in 1974, sought Hemphill out, and entered into a sort-of apprenticeship with the elder musician. The "lessons" they had together lasted for hours and covered everything from composition to record promotion to recording to pasting up handbills to aspects of magic and spirituality and, sometimes, even playing the saxophone. "From the beginning," Berne says, "even while I was still learning to play the saxophone, Julius always encouraged me to write my own music as well. So it never occurred to me that most people don't play their own music or aren't bandleaders. I thought that was just part of it. You learn how to play music, you start a band, and that's it. Julius didn't offer me one system, but a lot of possibilities, with the emphasis always on ideas and sound."

Berne began issuing his own albums on his own Empire label in 1979. Over the next five years he would record and distribute five albums under his own name which included such musicians as Ed Schuller, Olu Dara, Paul Motian, John Carter, Glenn Ferris and Bill Frisell. Following two recordings for the Italian Soul Note label, Berne recorded Fulton Street Maul and Sanctified Dreams for Columbia Records. These recordings coincided with an increasingly active worldwide touring schedule.

In 1988 Berne began a long relationship with the JMT label with the first of two recordings with the co-operative Miniature (with Joey Baron and Hank Roberts). In 1989 Berne's JMT release Fractured Fairy Tales was hailed as a masterpiece by the New York Times. Berne's JMT legacy climaxed with the historic Paris Concerts given by his quartet bloodcount, released in three volumes (Lowlife, Poisoned Minds and Memory Select). These recordings have received unanimous praise. Since 1994, bloodcount has performed over 250 concerts worldwide.

In 1996 Berne once again founded his own record label, Screwgun, and released a three CD set of live recordings by bloodcount, Unwound. He also had a new string quartet, dry ink, silence, premiered by the Kronos Quartet at the Brooklyn Academy of Music. 1997 has found Berne touring the U.S. and Europe with bloodcount, writing music for large ensemble on commission, and preparing the next three Screwgun releases by his bands bloodcount and Paraphrase. In addition, a recording of The Visible Man, a piece commissioned in 1992 for the Rova Saxophone Quartet, has just been issued on a disc called The Works, Volume 2 on the Black Saint label.