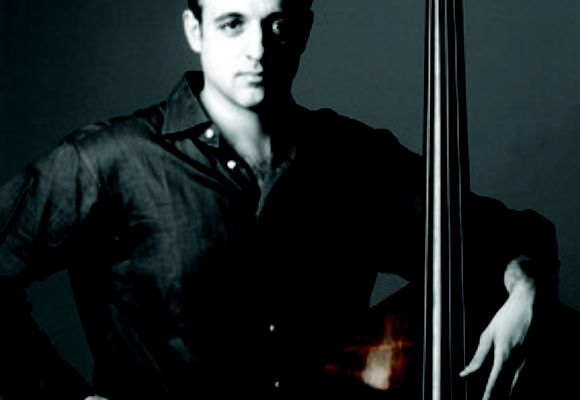 Bassist and composer Gregg August spans the classical, jazz, Latin jazz, and avant-garde scenes, making him one of the most versatile musicians on the scene today. In 2017, 2015 and 2013 he was chosen in the Downbeat Critics Poll as a "Rising Star." He is Principal Bass of the Brooklyn Philharmonic and plays regularly with the Orpheus Chamber Orchestra and Orchestra of St. Luke’s. Gregg is the bassist with Arturo O’Farrill’s Afro Latin Jazz Orchestra. Their recent recordings Cuba, The Conversation Continues and Offense of the Drum won Grammys in 2015 and 2016. He's also a member of the critically acclaimed JD Allen Trio, with whom he has recorded 6 albums.

As a composer Gregg recently completed a commission from the American Composers Orchestra/Jazz Composers Orchestra Institute for a new full length orchestra piece which was premiered in 2013 by the Buffalo Philharmonic. In 2003 he formed his own group, and has recorded three critically acclaimed albums of entirely original music: Four by Six (Iacuessa Records 2012), One Peace (Iacuessa Records, 2007), and Late August (Iacuessa Records, 2005). A former member of Ray Barretto’s New World Spirit, Gregg has also played with Chick Corea, Ornette Coleman, and Paquito D’Rivera. Gregg earned his degrees from the Eastman School of Music and Juilliard School, and is on the faculty at the University of Connecticut and Bang on a Can Summer Music Festival at MASS MoCA.