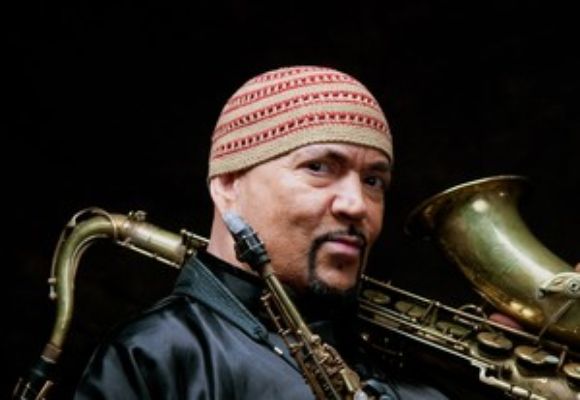 Saxophonist/composer Steve (Stephen) Hall is a Montreal native who has lived in NYC since 1979 and has a long track record, yet remains relatively unknown. Of his playing on a recent release by Bob Mover (My Heart Tells Me/Modema with Kenny Barron/Josh Evans/Bob Cranshaw), Brent Black writes that it serves as a delightful introduction to a truly magnificent player, and other writers have stated, To those ears the most unsung musician in jazz, a cutting-edge player with his own sound- Len Dobbin and & Hall has managed to do what increasingly seems like the near-impossible in the modern jazz idiomtaken a highly personal tangent on the predominant line of influence, out of John Coltrane (in Halls case Wayne Shorter), that has shaped tenor saxophone playing over the past 30 years- Mark Miller

Taking up clarinet and saxophone in high school, he worked the local scene with some Canadian legends, and in 1976 met and began a long close friendship with saxophonist Bob Mover, recording and performing with him numerous times through the years and continuing to the present. In 77 he spent a year in Boston at New England Conservatory where he studied and performed with Joe Allard, George Russell and Jaki Byard, and then moved to New York City in 79.

In early 94 Hall recorded an extensive program of originals and arrangements of standards featuring pianist Kevin Hays as well as Cindy Blackman, James Genus, Steve Davis, Stafford Hunter, Emedin Rivera, and Doug Weiss. The following year he recorded with Hays for Blue Note (Go Round) with Billy Hart, and became a member of Hays working groups in NYC and other East coast engagements. He began a musical partnership with electronica whiz Val Jeanty, and recorded on Blue Note once again with Diane Reeves. In 98 a recording for drummer Ralph Penland with Wallace Roney led to a period of work with the trumpeter master, including a European tour and a recording (No Room for Argument) with Lenny White, Buster Williams, and Geri Allen. During this period he led quartets featuring some fine pianists including Ms. Allen, Mulgrew Miller, Kevin Hays, and Xavier Davis.

In the past decade he has twice taken sabbaticals from the New York scene; in 2003 he spent an extended period in Puerto Rico and in 2011 spent more than a year in Toronto where he was very active musically. In recent years he has had New York engagements with trumpeter Waldron Ricks, with whom he shared the front line in a group called Blue Coda led by vibraphonist Derrick Barker and also under his own leadership with other young talents: Sullivan Fortner, Rudy Royston, Marcos Varela, Zaccai Curtis, Kassa Overall, and Darell Green. In 2009 he reconnected with a frequent ally in earlier years, drummer Victor Jones, and became a member of his current band Culture-Versy, and more recently a monthly celebration at Zinc of the music of Gil Evans. In 2013, aside from collaborating with young leaders like Ben Solomon and Davis Whitfield, he has reunited with Kevin Hays at Zinc Bar and most recently in his November 1st, 2013 leader debut at Smalls.