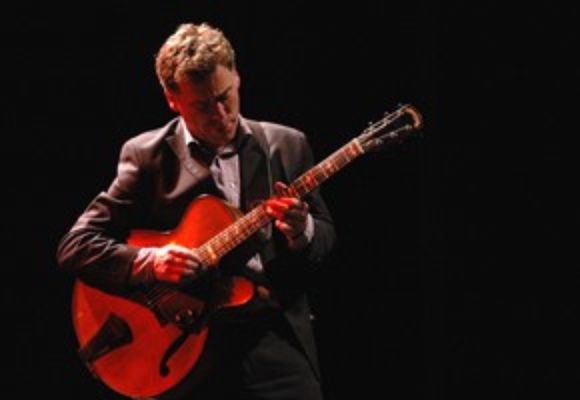 Born September 3rd, 1967 in New York City, guitarist Peter Bernstein has been a part of the jazz scene in New York and abroad since 1989. During that time he has participated in over 60 recordings and numerous festival, concert and club performances with musicians from all generations. As a leader, Peter has made five recordings for the Criss Cross Jazz label. The latest, Heart's Content, features the all-star rhythm section of Brad Mehldau, Larry Grenadier, and Bill Stewart.

While a student at The New School, Peter met the legendary guitarist Jim Hall, who asked him to participate in his Invitational Concert as part of the 1990 JVC Jazz Festival. The event featured such guitarists as John Scofield and Pat Metheny and was released as a CD by Music Masters. Hall once noted that Peter &has paid attention to the past as well as the future. He is the most impressive young guitarists I've heard. He plays the best of them all for swing, logic, feel and taste.

That same year, Peter was discovered by alto saxophonist Lou Donaldson and took part in the first of four recordings with him. He was a regular member of his group throughout the 1990s. Some people just have it. Donaldson said. &most of the time you have to teach someone what to do, but Peter knows it all.

Peter has taught at the Julliard School, Berklee College of Music, North Texas State University, the New School Jazz Program and the Jazz Conservatory in Amsterdam.

Peter has been fortunate to gain the respect of his peers and mentors. He has been recognized in both the readers' and critics' polls in Downbeat Magazine for the past three years. He continues to hone his style through writing and performing and has developed a distinctive and unforgettable guitar voice that is all his own.