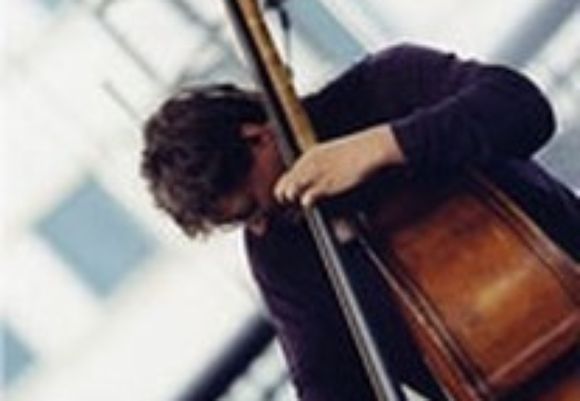 Raised in Chicago, Illinois, Weiss has lived and performed in the New York City jazz scene since graduating from the William Paterson College jazz studies program in1988.

His first International travel was to Japan with the legendary singer Joe Williams in 1991. Joe announced Doug as follows: "He comes to us from a different Tribe; But he swings like one of us. Doug Weiss at the bass."

In 1995 Weiss recorded the first of two critically acclaimed Blue Note records under the leadership of pianist Kevin Hays. His relationship with Kevin, both intuitive and visceral, continues to the present with 10 cds recorded and many appearances in the United States and abroad.

In 1996 began Doug Weiss' association with legendary drummer Al Foster.  Al's band has toured the world, playing more than 1000 concerts and recording 2 cds to date. Their performances have been reviewed favorably by DownBeat, Jazz Times, and the New York Times.

In 2003 he was tapped by drummer and producer Brian Blade to record Lizz Wrights' critically acclaimed debut album "Salt' (Verve) and toured extensively in support of that project. He also toured Europe and played the Village Vanguard with Brian Blade and the Fellowship band.

In addition to these bands he performs with guitarist Peter Bernstien's "Monk" project, with long-time friend and section mate Bill Stewart.

Recently, Weiss was featured, along with Billy Drummond and John Scofield, on Eddie Henderson's release "For All We Know" on furthermore records.

In 2010 he began working with pianist Marc Copland, touring Europe in trio format and with the collective band "Crosstalk", featuring Victor Lewis, Greg Osby, Copland, and himself. Their eponymous Cd has just been released on Piroutte records.

He is also member of the band "Wayfarer", a collective featuring Timothy Hill, Jeff Haynes, and Brandon Ross.

He continues to circulate in the New York club scene, with regular appearances at Smalls, Smoke, the Kitano, the Blue Note, Iridium, Birdland, and the Village Vanguard with the likes of Mike Moreno, Sam Yahel, Bruce Barth, Gerald Clayton, Chris Potter, Jim Snidero, and Francisco Mela.

Weiss currently resides in the Hudson River Valley, and is engaged in creating a new work by folk legend Pete Seeger, which is being produced by percussionist Jeff Haynes. Their previous effort, "Tomorrow's Children", won a Grammy for best children's album in 2010.

Weiss continues to be a popular attraction at the New School, where he has taught Ear Training, Theory and Performance, the Wayne Shorter Ensemble, and private lessons since 1995.

In 2004 he was invited to join the Faculty at SUNY Purchase, where he teaches private lessons and Ensemble class.