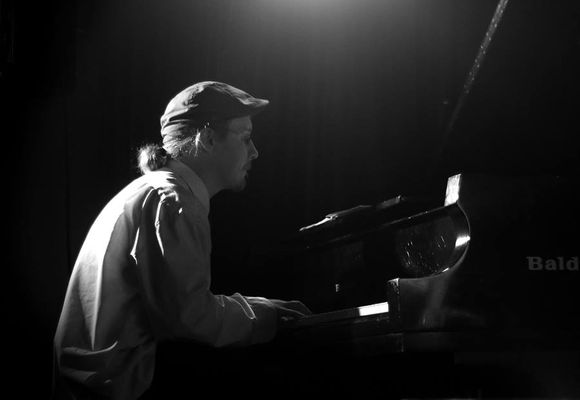 Tuomo Uusitalo is an award-winning pianist, composer, arranger and educator. Having released two albums as a leader, and appearing on numerous albums as a sideman, he has established himself in the New York jazz scene, and continues touring internationally both as a leader as well as sideman.

Born in Tampere, Finland, Tuomo Uusitalo started to play piano at the age of 6.  As a teenager he played different types of music from classical to pop/rock, and soon became fascinated by Jazz and the thrilling possibilities of spontaneous improvisation.

While studying music in Graz, Austria (University of Music and Performing Arts, the oldest jazz institute in Europe), Tuomo already had the chance to work and perform with many jazz legends including Bob Brookmeyer,Billy Hart, Curtis Fuller, Jimmy Cobb and Jim Rotondi, as well as many other well known jazz artists such as Steve Waterman, Riccardo del Fra, Wayne Darling, Juan Garcia-Herreros, Howard Curtis, Stjepko Gut, Charlie Miklin and many others. Since 2007 Tuomo has played and toured all around Europe (Finland, Estonia, United Kingdom, Germany, Holland, Austria, Hungary, Slovakia, Czech Republic, Slovenia, Croatia, Serbia, Montenegro, Italy) as a solo pianist and with various ensembles ranging from Piano Trio to Big Bands.

"TRIO" is his sparkling 2012 debut CD. The album won the Downbeat Student Music Award in 2012 for the Best Small Jazz Group. At the same year he also won the same price for the Best Latin Group (Marco Antonio Da Costa Group). 2013 he was the recipient of prestigious Sir Roland Hanna Award from City University of New York.

2013 Tuomo had a chance to bring his original compositions to the Montreal Jazz Festival (Canada), where he was a part of the Jazz Composers-Series. Fall 2014 Tuomo was on the road with The One And Only Tommy Dorsey Orchestra, touring six weeks in The United States and Canada, and continues working with the band in the near future. At the same year he also started his  twice a month - residency at the world famous Smalls Jazz Club, performing his original music and hosting the jam session with his trio.

2016 Tuomo released his second album as a leader, 'Love Song', on Fresh Sound Records, and continues performing in New York City as well as internationally.