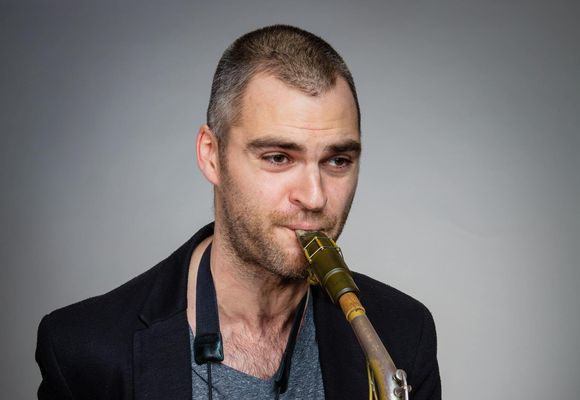 Andrew Gutauskas is a Grammy Award winning Baritone Saxophonist, Composer, Arranger and Educator.  He received his Bachelor of Music from William Paterson University and then furthered his education by attending the Artist Diploma program at the Juilliard School where he studied with baritone saxophone legend, Joe Temperley.

As an in demand multi-instrumentalist, Andrew has recorded and performed on Broadway, television, movies and live around the world with a variety of artists ranging from pop to jazz to Bollywood including; Michael Buble, Paul Simon, Andy Grammer, Alice Ripley, Laura Benanti, Lena Hall, Frank Wess, Josh Redman, Gil Goldstein, Stefon Harris, Salim and Sulaiman Merchant, Raj Pandit, Bhoomi Trivedi and many others.  In 2017, he composed and arranged music for the short film, Baby Won't You Please Come Home, starring Michelle Hurst(Orange is the New Black) and Melanie Nicholls-King(The Wire), written and directed by Christopher Piazza.

Andrew’s first EP, Look Up! (Outside in Music) was released September 2017 and is available on iTunes & Spotify.