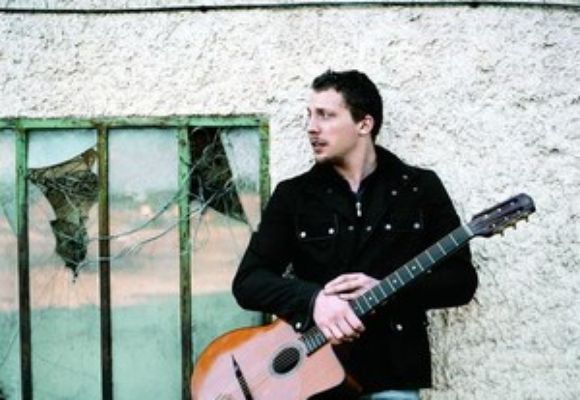 Self-taught guitarist, Adrian draws his early influences in rock and blues. His discovery at the age of 16 years of the music of Django Reinhardt marks a major turning point in his guitar learning. Influenced later by guitarists such as George Benson, Pat Metheny, Bireli Lagrene,

he is now developing a very personal game, at the crossroads of musical styles. His many

multiplaying meetings as its registered with the DR Big Band in Copenhagen or the new project of singer Cyrille Aimée album. His recent duet album with Rocky Cresset earned him the praise of all the press and compared him to masters such as Bireli Lagrene and Sylvain Luc. Between Clouds is the second album released under his name on the label Dreyfus Jazz, after All The Way in 2010. Surrounded by his friends , already on his first album, it performs a repertoire which is dear to him and which represents the spectrum of musical influences (Marvin Gaye, Django, Stevie Wonder, Hendrix and Brad Mehldau) . This new album transcends the legacy of Django and focuses on musicality, melody ,

space, without demonstrations of virtuosity.

Adrien Moignard performs regularly in New York alongside Cyrille Aimée ( Small's , Birdland , etc ...). The objective of this operation is to discover the Adrien Moignard project as leader.