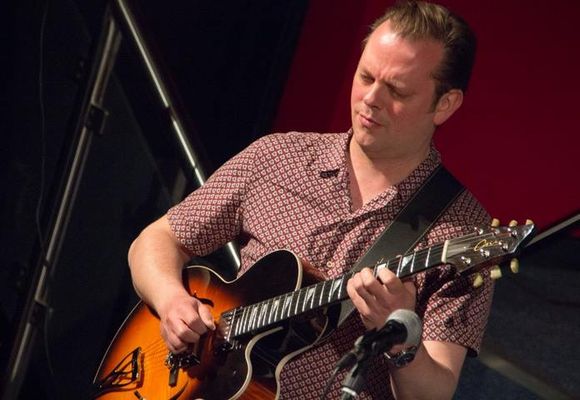 Originally from London, UK, Phil made NYC his home in late 2015. He is an award winning, internationally acclaimed guitarist & composer who has led bands featuring Mark Turner, Billy Hart, James Genus, Donny McCaslin & David Liebman & many more. As a sideman he has worked with a diverse spectrum of artists from Charles Earland, Kenny Wheeler, Bob Brookmeyer, Steve Lacy to Barbra Steisand etc. In Europe he is best known as the co-leader of the band 'Partisans' along with saxophonist Julian Siegel which has been in existence for 20 years in 2016 and also for his work with groundbreaking singer/songwriter Christine Tobin. http://www.whirlwindrecordings.com/phil-robson/