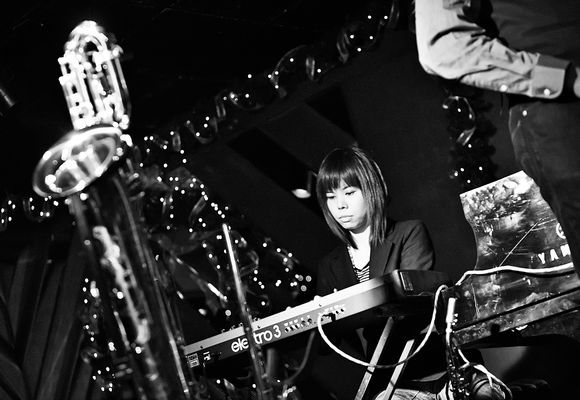 In 1999 she received a scholarship to attend Berklee College of Music and studied Jazz piano, Improvisation and Composition. She was a semi-finalist at the pretigious Montreux Jazz Festival Solo Piano Competition in Montreux, Switzerland both in 2002 and 2003. She has toured Germany, Italy and Japan and has performed with several jazz greats such as Joe Lovano, Kevin Mahogany, Bobby McFerrin, Tiger Okoshi and Phil Wilson while still in college.

In 2003 she received the DownBeat Student Award in the Jazz Soloist category before she made the decision to move to New York and expand her musical horizons. Since then, Mamiko has got opportunities to work with many established musicians and performed in the 2010 Clifford Brown Jazz Festival, the 2012 Super Jazz Ashdod Festival in Israel, 2014 Koktebel Jazz Party Festival in Russia and many other notable venues such as The Kitano NY, Blue Note N.Y. Sunday Brunch & Late Night Groove Series, The Iridium, Dizzy's Club Coca-Cola, The Lenox Lounge, Blues Alley(in Washington D.C.), The Kennedy Center, Victoria Theater (at the New Jersey Performing Arts Center), Joe's Pub and S.O.B.'s, just to name a few.

She is currently working with Valery Ponomarev Big Band & His Septet besides leading her own group.

As a leader, Mamiko recorded her album,"One After Another" in 2005 and released her second album,"ORIGIN/JEWEL" in 2007 which in fact is actually the combination of two separate discs; "ORIGIN" is a collection of the Funk and Latin influences compositions and "JEWEL" contains works recorded in a more straight-ahead jazz piano trio format. Her third release, entitled "Mother Earth" was completed in 2010 received excellent reviews from the writers of Jazz Inside Magazine, New York City Jazz Record and Jazziz Magazine.