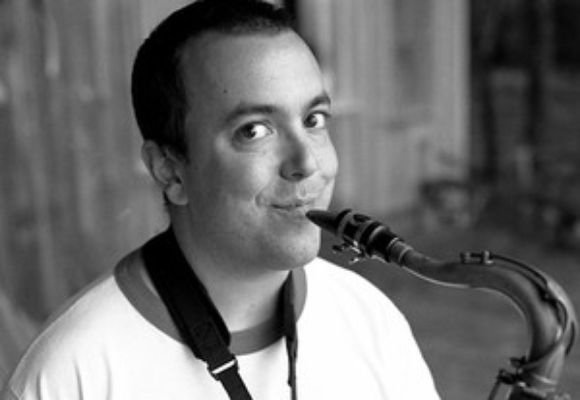 Bill McHenry is a saxophonist, composer and bandleader living in Brooklyn New York. He is known for his melodic/free form composing and improvising, demostrated most recently on his newest CD 'ROSES'.

New York Times critic Ben Ratliff writes: 'Any musician who works so effectively against a common language, and uses cliché so little in the process, is worth listening to. There are tons of young jazz saxophonists out there pursuing ideas of harmony and structure and rhythm, but he has something rare going for him. He has a sound. Mr. McHenry is a fresh new voice: He can play with un-orthodox structure and get as free as you want, but he maintains a ripe, lovely tone straight out of the 1950's. Lyrical is probably the most overused word in jazz criticism, but if anyone deserves the word, Mr. McHenry is the one.'

Since moving to New York in 1992 Bill started playing regularly in groups led by REID ANDERSON, GUILLERMO KLEIN, ETHAN IVERSON, REBECCA MARTIN, CHRIS LIGHTCAP, and BEN WALTZER as well as leading his own group with BEN MONDER. Eventually that group was joined with Reid and PAUL MOTIAN, and they recorded 'Bill McHenry Quartet featuring Paul Motian', which led to Bill playing with that group several times over the next few years at the VILLAGE VANGUARD. Thier newest CD, 'ROSES' has been recognized as the strongest yet and Bill continues to write and develop music for other settings.

Bill was born in Maine in 1972. His mother is a pianist, and his great great grandfather was Horatio Parker, a composer who was famous for teaching and failing Charles Ives. He started saxophone at ten and at fourteen went to Interlochen Arts Academy for four years, and then New England Conservatory for eight months. In 1992, Bill moved to New York. After playing little gigs and doing day jobs Bill moved with his sister Mary and high school friend pianist Ben Waltzer to Barcelona and spent two years going back and forth between the two cities. In Barcelona Bill started playing more regularly and with Ben recorded his first record for the Fresh Sound label in Barcelona. After returning to New York he studied long tone production with Dewey Redman which helped him strengthen his tone and identity. He has also played with CHARLIE HADEN, ANDREW CYRILLE, HENRY GRIMES, JOHN ABERCROMBIE, and NORAH JONES.