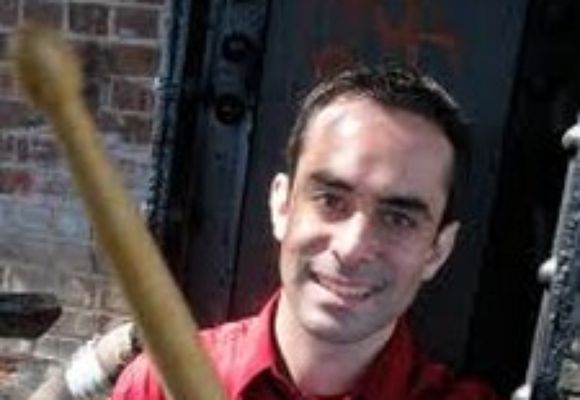 Born in Brasília, Brazil, Maurício de Souza is a jazz drummer who easily performs in both traditional jazz and Brazilian jazz styles. His good taste and finesse have allowed him to play in numerous settings with various accomplished musicians. De Souza studied with world renowned jazz drummer and master teacher Joe Morello for eight years. He also had a year of private studies with distinguished all-round percussion teacher Glenn Weber. Aside from the inspiration of Mr. Morello, other influential performers include Buddy Rich, Airto Moreira, Dave Weckl, Roy Haynes, and Bill Stewart.

Coming from a musical family, de Souza began playing the drums at the age of eleven. Within a few months, he began performing with numerous local rock cover groups in his hometown. Always interested in evolving as a musician, he joined the youth percussion group at Brasília's "Teatro Nacional" (National Theater, home of Brasília's Symphony Orchestra). De Souza's constant interest in elaborate music eventually brought him to Jazz. While a junior in high school, he used his summer vacation in Brazil to study with Joe Morello in New Jersey. Upon graduating from high school, de Souza came back to the US to continue his studies with Mr. Morello and attend college.

Since settling in Northern New Jersey in 2004, de Souza has been very active in the NY/NJ metropolitan area. He has performed at some of the finest jazz venues and festivals (mostly as a band leader) with his two groups: Bossa Brasil® (Brazilian Jazz) and Maurício de Souza Group (Straight Ahead Jazz).

In Philadelphia, he has been heard at Chriss and Ortliebs Jazz clubs. De Souza has also performed at Cubata in Waterbury, Connecticut and Lily Pad in Massachusetts.

In his numerous performances as a guest percussionist with OSTNCS (Orquestra Sinfônica do Teatro Nacional Cláudio Santoro de Brasília - Brazil), de Souza performed in the Brazilian premiere of Puccini's opera La Boheme and in the world premiere and recording of Cláudio Santoro's 9th and 11th Symphonies. De Souza has also performed as a percussionist with the New York Symphonic Arts Ensemble, Bergen Philharmonic and the Metropolitan Orchestra in New Jersey.

With the release of "Here. There...", de Souza reached a much wider audience. The album reached #40 of the top 50 new releases in the Jazz Week chart for national radio airplay, it ranked #17 of the top 30 jazz albums by Music Choice, and it was elected #1 Jazz Album by WWPV 88.7 FM (Burlington, VT). Here. There... was also elected "album of the week" by Solar Latin Club (Colombia). It was featured countless times on WBGO 88.3 FM (#1 Jazz radio station in the US). Pandora internet radio and Sirius XM satellite radio have added "Here. There..." to their music libraries.

De Souza was featured in a one hour interview with Awilda Rivera for WBGO. He also recorded a radio interview at the BBC Studio in New York with Ken Bader (NPR, PRI, BBC) for his show, The World. Please visit the Articles page for more details.

Maurício de Souza Group performs a variety of jazz standards from Miles to Metheny. The group concentrates on performing the most refined tunes from numerous jazz eras. The challenging arrangements include tunes in 3/4, 5/4, and 7/4 time as well as modal tunes.