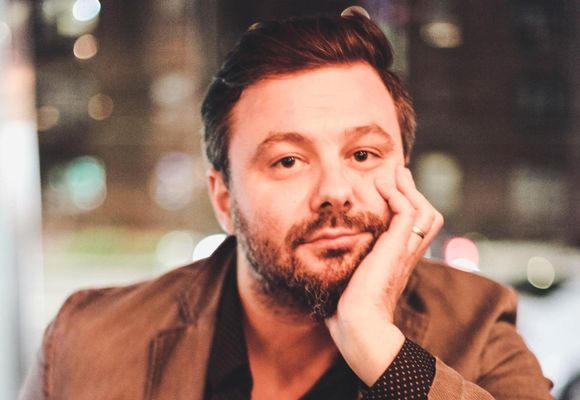 Go to event
View more shows...
Pukl was awarded with the Slovenian highest national award for Arts (Nagrada Presernovega sklada 2015) and is one of the most profilic and creative saxophonists of the younger Slovene jazz generation. Pukl obtained university education abroad, he studied classical saxophone at the Vienna Music Academy, and jazz saxophone in Vienna as well as at the Haag Conservatory of Music. Pukl then won a scholarship to the Berklee College of Music, where he pursued his studies with masters such as Joe Lovano and George Garzone. He completed his masters degree in music at the Graz Academy of Music. Throughout his studies Pukl performed and recorded extensively, being engaged in his own projects, as well as working with a number of great musicians such as Maceo Parker, Branford Marsalis, Dave Liebman, Esperanza Spalding, Vijay Iyer, Jeff "Tain" Watts, Damion Reid, Rodney Green, Charles Altura, Joe Sanders, Aaron Goldberg, Marcus Gilmore, Jeremy Pelt, Jamire Williams, Howard Curtis, Johnatan Blake, Renato Chicco, Bosko Petrovic, Miles Griffith, Jason Palmer and orchestras like Big Band RTV Slovenia, European Jazz Orchestra, European Movement Jazz Orchestra, Vienna Saxophone Quartet, Nouvele Cousine and many others. He has been touring extensively throughout USA, Asia and Europe performing in venues such as Blue Note, Smalls Jazz Club, The Jazz Gallery, Ronnie Scotts, The Vortex, Pizza Express, Porgy & Bess, Stadtgarten and festivals like Moers Jazz Festival, Vienna Jazz Festival, Muenster Jazz Festival, Berlin Jazz Festival, Jazz a Vienne to name a few. His music has won him many awards; among others the 2005 first Jury Prize and Best Composition Audience Award at the Jazzon International Music Workshop and Festival in Novo mesto, Slovenia. In his auctorial projects, such as the Virus quintet (receive rave reviews, among others on the influential Allaboutjazz Web portal) Pukl dedicates himself to modern interpretations of jazz. What he creates is a unique type of modern jazz, avantgarde, free jazz and impressionistic contemporary music performed with a great deal of knowledge and love, giving prominence to the interplay between band members. He already published 7 CD’s under his own name. The last two were recorded in New York with some of the finest musicians and got rave reviews all over the globe.He is also featured on more than 40 CD projects as a sideman.
"...Pukl combines the skill, soul, and appetite for adventure that has fuelled jazz evolution from the beginning, and he’s a rising star of a creative new generation that is energetically driving the music on into its second century."
John Fordham | The Guardian | London April 2012