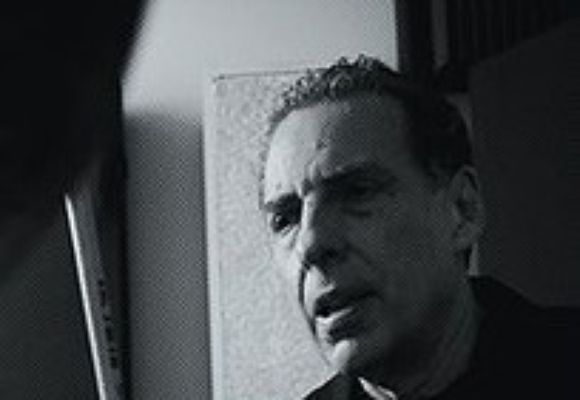 Hes a great jazz drummerand he hasnt lost any of the stuff that he brought from Oakland. So now hes totally free to do both, and he does. The solo he played on the album Thrust, on the song Actual Proof, is one of the best drum solos on any of my albums. So many people have remarked about that solo, saying, Incredible.

MIKE CLARK gained worldwide recognition as one of Americas foremost jazz and funk drummers while playing with Herbie Hancocks group in the early 1970s. Mike became known as a major innovator through his incisive playing on Hancocks Thrust album, which garnered him an international cult following.

Born in Sacramento, CA, while growing up Mike had the benefit of traveling around the country with his father, a union man for the railroad. He was also a drummer at one time and had a keen ear, a killing record collection, and a great appreciation for music. This allowed the younger Clark to soak up the diverse regional music of the United States, which he credits as providing an invaluable education. Clark was a prodigy as well, picking up his first sticks at the tender age of five and sitting in--and getting house --with bands in Texas and New Orleans when he was as young as 7 and 8.

He continued to play in a variety of blues, R&B, organ trios, and jazz bands, settling in Oakland, CA, until his introduction to Herbie Hancock and his recruitment into the Headhunters in 1973.

At the tail end of the 70s and in 1980, shortly before moving to New York City, Mike did a short but remarkable stint with Brand X, the acclaimed British fusion band founded by Phil Collins, doing two tours and recording their seminal Do They Hurt? and Product.

Next to James Brown's drummer Clyde Stubblefield, Mike's beats with The Headhunters (most notably on "God Make Me Funky") are some of the most sampled in hip hop. Featured in Downbeat, Musician, International Musician & Recording World, Modern Drummer, Jazz Times, Guitar Player, Jazz Is and numerous jazz history and method books, Mike is a former faculty member of Drummers Collective, and is a popular and busy clinician around the country. His book Funk Drumming: Innovative Grooves & Advanced Concepts was published last year by Hal Leonard and is a best seller.

His numerous recording credits include albums with Herbie Hancock, the Headhunters, Brand X, Eddie Henderson, Jack Wilkins, Mark Puricelli, Mike Wolff, and Alien Army, a group led by guitar great Jack Wilkins. As a bandleader, his release Give The Drummer Some was very enthusiastically received, earning a rare four and a half stars in Downbeat, as was The Funk Stops Here, a joint effort with Hancock alumni Paul Jackson. In 2001, his solo CD, Actual Proof met with critical acclaim, as did the 2003 acoustic jazz release, Summertime, featuring Chris Potter and Billy Childs, which spent many weeks in the top ten charts.

His 2009 release Blueprints of Jazz, Vol. I produced by Talking House Productions, which featured Christian McBride, Donald Harrison, Patrice Rushen, Jed Levy and Christian Scott, was received with critical acclaim and named one of the best recordings of the decade by Downbeat.

A true original, Mikes work continues to delight and astound his fans around the world.