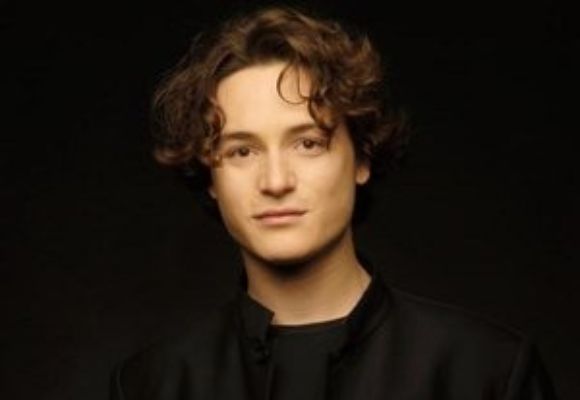 starts playing the violin at the age of 3 and the

piano at the age of 6. With a classical music and

jazz training in both instruments, he also starts

composing at this time. At the age of 9 he is invited

him for the Antibes Juan-les- Pins Jazz Festival. At

12, he quits school to study classical piano with

Gisèle Magnan and in 2005, he enters the Paris

Conservatory (CNSMDP) in Jazz and Improvisation classes. His first CD Esquisse (sponsored by Peter Erskine) comes out in 2006 (Ames/Harmonia Mundi). Since, hes been supported by the Fonds dAction SACEM.

In 2008 he is discovered by one of the most important producers of jazz in Japan, Mr. Itoh 88 Yasohachi, who produces his 2nd album Someday My Prince Will Come released in Japan (Blue in Green/Universal) in 2009, and in France(Ames/Harmonia Mundi) in 2010. In 2010, he composes his first film score (Aux Arts, Citoyens !) and is on tour in France and Japan with his trio. The same year, he wins two major French awards : the 3rd Prize at the 2010 Martial Solal International Jazz Piano Competition, and the Django dOr 2010 New Talent. In 2011, the pianist spends most of the year traveling from concert halls to festivals all over the planet: more than 130 concerts in 14 countries and 4 continents! He is on tour in France, Lebanon, Syria, Jordan, Japan, Russia, Spain, New Caledonia, Madagascar, Algeria; with his trio, in solo and in duo with classical percussionist Vassilena Serafimova. The same year, he creates with famous French dancer Pietragalla the show Les Diables Verts, and he composes the original film score for the movie Les Cinq Parties du Monde. In January 2012, Thomas Enhco receives the FIPA dOr 2012 for Best Original Soundtrack for this film; the same month, he records in New York in trio with Jack DeJohnette (drummer for Miles Davis and Keith Jarrett...), and John Patitucci (bass player for Chick Corea and Wayne Shorter...), produced by Mr. 88 for Japan. Above all, Thomas has produced and recorded his own new trio album, Fireflies, featuring the Canadian, Chris Jennings (bass), and the Belgian, Nicolas Charlier (drums). This new opus

will be released on October 15th, 2012 (Label Bleu/Sphinx) in France. We can already reveal

that it conveys the strong personal direction distinctive in Thomas Enhcos composition: entirely original music, a powerful lyricism combined with subtle narrative and depth  on the frontier between jazz and classical music.