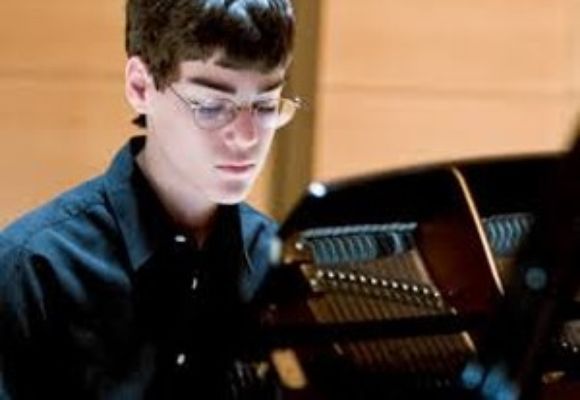 Matt Savage  pianist, composer, arranger, performer and bandleader  has been connected with some of the biggest names in jazz since he began his career at the age of eight. Now age twenty-one, Matt has eleven albums to his name, the newest of which are A Bigger Celebration (September 17, 2013) and A Live Celebration: Kobe, Japan (January 14, 2014). A graduate of Berklee College of Music in Boston, Matt is relocating to New York, where hes pursuing a Masters degree at the Manhattan School of Music. He balances a full-time career with graduate work. In 2012, The Boston Globe heralded Matts coming-of-age success with a front page cover story entitled Growing Into His Gift, And Into Life.

Matt actually describes A Bigger Celebration, the first release in this two-album project, as a coming-of-age album& and a celebration of life and youth. The recording, chronicled over three days in Boston, is Matts most ambitious release to date. The goal, says Matt, is to capture lifes enjoyable experiences. Take A Bigger Celebration to the beach; play it in the car and add it to your party playlist. The album commemorates an important juncture in my life; it was recorded after a year of intense studying and touring that ended with my graduation. I was ready to break out and celebrate. I hope that comes through in the music!

The companion album to A Bigger Celebration, which is called A Live Celebration: Kobe, Japan, was released January 14, 2014. This jazz trio album was recorded during Matts first tour of Japan in September 2012. Two new compositions (including the three-part Session Suite) are featured, alongside audience favorites from the last two studio albums. Again, themes of celebration and youth are explored. The A Live Celebration CD has text in English and Japanese and is limited to 500 copies worldwide.

Over the years, Matt has performed and been interviewed on Late Night with Conan OBrien, Marian McPartlands prestigious Piano Jazz series on NPR and The Late Show with David Letterman. Following his performance on Letterman, the Matt Savage Trios Hot Ticket live album hit #11 on the JazzWeek radio charts and garnered the #2 position in Live Jazz sales on Amazon.com (behind only Keith Jarrett).

JAZZIZ, JazzTimes, All About Jazz and other respected music publications have all praised Matts talent. JAZZIZ touts Matt as a wildly inventive composer, interpreter and pianist no matter what his age. NPRs Piano Jazz concurs with Marian McPartland describing Matt as a young man (who) plays with grace, energy and originality. Jazz savant indeed!

Matts accomplishments are especially impressive given the fact that as a young child he could not tolerate music or sound in general. At the age of three, Matt was diagnosed with Pervasive Developmental Disorder, a high-functioning type of autism. For the next four years, his parents immersed him in intensive intervention therapies. At age 6 ½, Matt completed auditory integration therapy, which drastically reduced his sensitivity to sound. With re-tuned sensory and social perceptions, Matt immersed himself in all things musical. His abilities flourished at a hyper-accelerated pace. Matt taught himself to read music and play piano literally overnight; he began formal lessons soon therafter.

Matts early studies focused on classical piano, but within the year Matt displayed an interest in composition and improvisation. For the next 3 years he studied both classical and jazz, not wanting to choose between the two. Local teacher Elissa Putukian taught him classical piano. Jazz studies took place at the New England Conservatory in Boston with Eyran Katsenelenbogen.

In early 2002, Matts family moved from the Boston area to New Hampshire. Matt lost access to both instructors, but taught himself for the next year and a half; he pored through volumes of classical music and spent hours practicing with play-along jazz CDs. Finally, in the fall of 2003, he was accepted as a private student with jazz guru Charlie Banacos. Charlie became one of the most influential people in Matts world, teaching advanced concepts in music as well as life lessons. Matt studied with Charlie until 2009, the year Matt entered Berklee. At the age of seventeen, Matt had already written and recorded more than 70 songs.

Matts first album was recorded in 1999, when Matt was seven and a half years old. The album, entitled One is Not Fun, but 20 is Plenty, was a project to raise funds for autism research; however, it was very well received. With Eyran Katsenelenbogen headlining the project, the collaboration garnered Matt an instant fan base as well as a meeting with jazz legend Dave Brubeck. Their 2001 meeting was chronicled on WGME-TV in Portland, ME. The Boston Globe picked up the story, and Matt was thrust into the public eye. Over the next few years Matts story would appear in numerous publications such as People, Time and Wired. Dozens of television appearances ensued, including The Today Show, The View and The Discovery Channel.

Brubeck stated, I was amazed at how talented he is. Amazing is the word I can tell you. I keep track of young talent in kids, and hes the first one that I met that young that was THAT talented. He has such a musical mind that it isnt music that he has to learn. It seems like hes such an advanced musician in so many ways already at 8.

At age eleven, Matt debuted at the famed Blue Note in New York and was signed as the youngest ever artist for Bösendorfer pianos. The following year, Matt appeared at Birdland with the legendary Clark Terry on trumpet, Jimmy Heath on sax, Jon Faddis on trumpet, Marcus McLaurine on bass and Kenny Washington on drums. In 2007, Matt played his first gig at the prestigious Dizzys Club Coca-Cola at Jazz at Lincoln Center. In 2008, he debuted Big Apple Suite, a song from his album Welcome Home, at New Yorks Cachaça Jazz Club, earning praise from the Wall Street Journal as a phenomenally talented pianist and composer who demands to be taken seriously on purely musical terms.

Matts immediate plans include the release of A Bigger Celebration and A Live Celebration: Kobe, Japan, two upbeat collections of songs about fun and life and youth. For the next two years, Matt continues to navigate career and academia; after that, the focus is on career. Matt looks forward to teaching and mentoring the next generation of musicians.