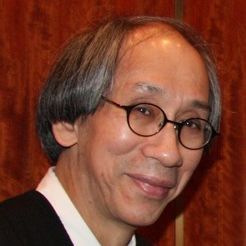 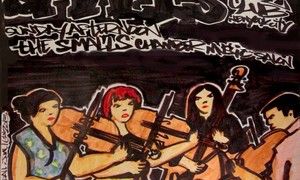 02/23/2014
Smalls
Smalls Chamber Music Salon
Upcoming Shows
David Oei, pianist, was a soloist with the Hong Kong Philharmonic at the age of nine and has since performed with major orchestras including the New York Philharmonic, Pittsburgh, and Baltimore Symphonies. Mr. Oei is the winner of five Interlochen Concerto Competitions and the Concert Artists Guild, WQXR Young Artists, Young Musicians Foundation and Paul Ulanowsky Chamber Pianists Awards. A perennial fixture on the New York City chamber music scene he has made guest appearances with the Audubon Quartet, Strathmere Ensemble, Claring Chamber Players, Friends of Mozart, Da Capo Chamber Players, New York Philharmonic Ensembles, St. Luke's and Orpheus Chamber Ensembles and the Chamber Music Society of Lincoln Center. In 2012-2014 he performed the Mozart Concerto No. 20, Brahms Concertos No. 1 & No. 2 and the Beethoven Concerto No. 3 with the Strathmere Festival Orchestra, comprising some of the finest chamber musicians in NYC.Founding director of the Salon Chamber Soloists and a founding member of the Aspen Soloists and the Intimate P.D.Q. Bach he is also currently a member of the Elysium Chamber Ensemble, Festival Chamber Music, Polydora Ensemble, LED Trio and the HD Duo with pianist Helene Jeanney besides enjoying a longtime collaboration with violinist Chin Kim. A former regular artist at Bargemusic and Chamber Music Northwest he has performed at various festivals including Caramoor, Sitka, Bard, Gretna, Seattle, Chestnut Hill, Dobbs Ferry, OK Mozart, Washington Square and Kuhmo (Finland). Mr. Oei is an Affiliate Artist of Innovative Music Programs, a company that develops and implements creative ideas with people in the visual and performing arts the world over.His television credits include "Leonard Bernstein's Young People's Concerts", "CBS News Sunday Morning" and the "Today Show". He has recorded a wide range of chamber works for Delos, ADDA, Vanguard, CRI, Pro Arte, Arabesque, Albany, Grenadilla, Festival Chamber Music and New World Records.  Mr. Oei was the Music Director and Production Advisor for Music-Theatre Group's productions of Stanley Silverman and Richard Foreman's "Africanis Instructus" and "Love and Science". He was also the Music Director for the Sundance Theater Workshop production of the Wallace/Foreman opera "Yiddisher Teddy Bears". In the summer of '07 he conducted the Washington Square Festival Chamber Orchestra in a Gershwin/Weill concert titled "Music as Political Statement" and has since recorded the Strauss and Rachmaninoff Sonatas for cello and piano with Ruth Sommers and "The Lay of Love and Death of the Cornet Christoph Rilke" by Viktor Ullmann for piano and speaker with Lutz Rath. His duo CD with Eriko Sato, titled Five Not-So Easy Pieces, has been released on their new label Prestissimo.A former affiliated teacher at SUNY Purchase and the Volunteers Coordinator and Head Coach for Manhattan Special Olympics, Mr. Oei is a faculty member of Summertrios, Bennington Chamber Music Conference, Hoff-Barthelson Music School and the Mannes College Of Music. He is also a member of the Alaria Chamber Ensemble, which has offered the Alaria Chamber Music Program and an annual Weill Recital Hall series for nearly three decades. Mr. Oei lives in NYC with his wife, violinist Eriko Sato. www.davidoei.weebly.com