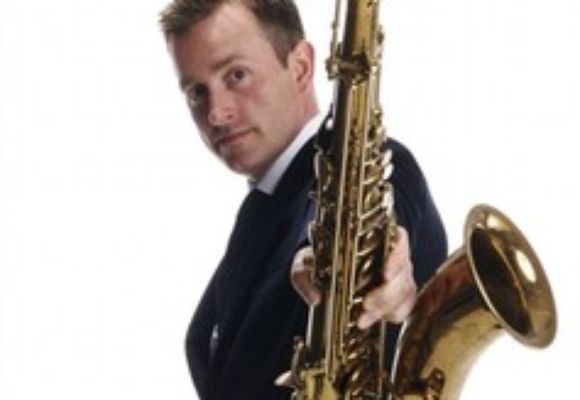 Saxophonist Tommy Smith is one of Scotland's leading jazz musicians and composers, an internationally recognised soloist and bandleader since the late-1980s and the musical director and driving force behind the Scottish National Jazz Orchestra and his own Youth Jazz Orchestra.

His CV, since touring and recording the Whiz Kids (ECM Records) album with vibraphonist Gary Burton at the age of eighteen, includes a total of twenty-three albums under his own name for Hep Records, GFM, Blue Note Records, Linn Records and his own Spartacus label.

He has composed for and performed with classical orchestras and ensembles including the Orchestra of St. John's Square, the Scottish Ensemble, the Edinburgh Youth Orchestra and the Paragon Ensemble. He has also recorded and performed with classical pianist Murray McLachlan, pop group Hue & Cry, and Scottish traditional musicians including Gaelic singer Karen Matheson and accordionist/keyboards player Donald Shaw from Capercaillie. Smith's work with the Scottish National Jazz Orchestra includes programmes of Oliver Nelson, Basie, Ellington, Mingus, Benny Goodman, Gil Evans, Kenton, Monk and living composers Maria Schneider and Pat Metheny. SNJO has also premiered Smith's own compositions including Beauty and the Beast for David Liebman and Torah for Joe Lovano.

His many acclaimed achievements include his work for solo saxophone 'Alone At Last', utilising Edwin Morgan's poetry, samples, harmonizer and loop machine, which he toured in surround-sound concerts across the world.

His work in jazz education began while touring with Gary Burton in 1986, when the individual members of the group presented master classes to students all over the world and continues to this day.