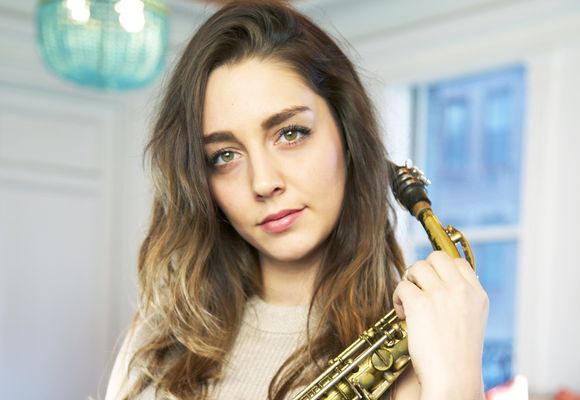 Saxophonist and composer, Hailey Niswanger (pronounced "NICE-wonger"), is originally from Portland, Oregon. After graduating from Berklee College of Music on a full tuition scholarship, Hailey moved to New York City where she has been living for the past 5 years. Hailey has released 3 albums as a leader, Confeddie (2009), The Keeper (2011), and PDX Soul (2015). She has been recognized by NPR, the Wall Street Journal, and has been listed in the Downbeat Magazine Critics poll for rising star on Alto and Soprano saxophone for the past 4 consecutive years. Hailey has toured with Esperanza Spalding's Radio Music Society, and is a member of the Wolff & Clark Expedition, a band formed by pianist, Michael Wolff, and drummer, Mike Clark. Hailey has also performed with the Ralph Peterson fo'tet and sextet, The Soul Rebels Brass Band, and has performed with Demi Lovato on Saturday Night Live, and Sleigh Bells on Late Night with Jimmy Fallon and the Late Show with David Letterman.