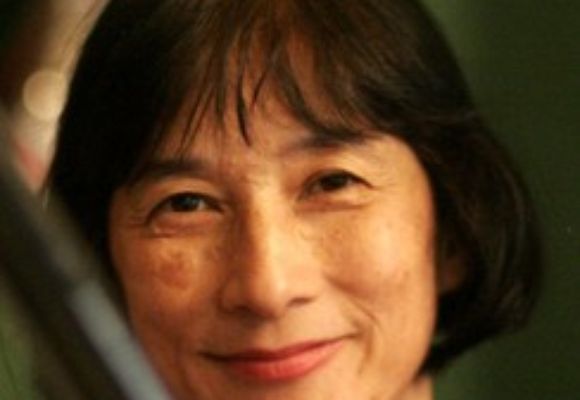 Eriko Sato is a leading violinist on the New York City chamber music scene and a co-concertmaster of the Orpheus Chamber Orchestra and the Orchestra Of St. Luke's. She made her solo debut at age 13 and has performed as soloist with orchestras in Louisville, San Francisco and Tokyo. Ms. Sato was the winner of the Tibor Varga International Competition, the Young Musicians Foundation Competition and three Japanese National Competitions. An active chamber musician, Ms. Sato has participated in the Mostly Mozart, Aspen, Sitka, Angel Fire, Gretna, Affinis and Kuhmo Music Festivals, and has appeared regularly with Bargemusic, Chamber Music Northwest, The American String Project, Music From Japan, Caramoor, Dobbs Ferry and the Washington Square Music Festivals. A founding member of the Aspen Soloists, Festival Chamber Music and Salon Chamber Soloists she is also a member of the Elysium, Ecliptica, Strathmere and American Chamber Ensembles. Ms. Sato is an Affiliate Artist of Innovative Music Programs, a company that develops and implements creative ideas with people in the visual and performing arts the world over.

As a concertmaster of Orpheus, she appears on Deutsche Grammophon recordings, where her releases include Vivaldi's Four-Violin Concerto and Handel's Concerti Grossi, Op. 6. For MusicMasters, she appears with the St. Luke's Chamber Ensemble in the Bach Concerti and the chamber music of Hindemith and Beethoven. Her latest releases are Allen Shawn's string quartet "Sleepless Night" and Mozart Flute Quartets on Albany Records. She has also recorded for Vanguard, Delos, Elysium and Grenadilla labels and has been featured on CBS News Sunday Morning.

Ms. Sato has taught at Queens College and the Aspen Music Festival and is currently a faculty member of Bennington Chamber Music Conference, Amateur Musicians Project, Hoff-Barthelson Music School and the Mannes College Of Music Preparatory and Extension Divisions, where she teaches violin and chamber music. She lives in New York City with her husband, pianist David Oei. Her first duo CD with David titled "Five Not-So-Easy Pieces" has been released on their new label