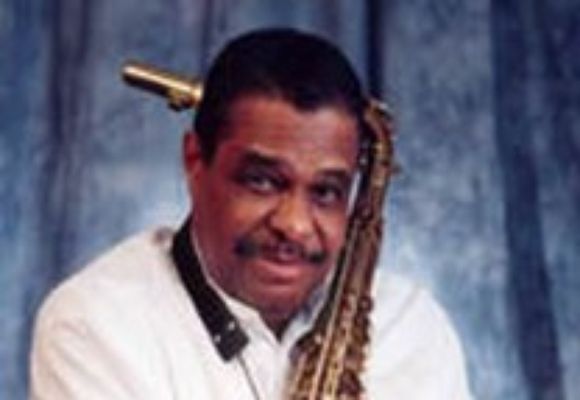 Charles Davis was born in Mississippi and raised in Chicago. After graduating from the famous DuSable High School and studying at the Chicago School of Music, he began his professional career playing in the bands of Billie Holiday and Ben Webster, Sun Ra and Dinah Washington. He also performed and recorded with Kenny Dorham with whom he had a musical association that lasted many years.

In the 60's he performed and recorded with Elvin Jones and Jimmy Garrison, Illinois Jacquet, Freddie Hubbard, Erskine Hawkins, John Coltrane, Clifford Jordan, among others. In 1964 he won Downbeat's International Jazz Critics Poll for the baritone saxophone.

In the 70's he was a member of the cooperative group Artistry in Music with Hank Mobley, Cedar Walton, Sam Jones and Billy Higgins. He also made European tours of major jazz festivals and concerts with the Clark Terry Orchestra and toured the USA with Duke Ellington's Orchestra under the direction of Mercer Ellington.

In the 80's he performed and recorded with the Philly Joe Jones Quartet, Dameronia and with Abdullah Ibrahim's Ekaya in the United States, Europe and Africa. He toured Europe with the Savoy Seven Plus 1: A Salute to Benny Goodman and performed with his own quartet in Rome and at festivals in Bologna, Sardinia and Le Spezia. In 1984 he was named a BMI Jazz Pioneer.

In the 90's he performed at the Jamaica Jazz Festival, was in the Apollo Hall of Fame Band, toured Holland saluting the music of Kenny Dorham, was the guest artist at the 12th Annual North Carolina Jazz Festival at Duke University, toured Europe and Japan with the Clifford Jordan Big Band, was the featured soloist of the many Barry Harris Jazz Ensemble concerts and performed in clubs with the Barry Harris/Charles Davis Quartet. He also was a featured artist at the Amman Jordan Jazz Festival arranged by the American Embassy and, for several years, was a featured artist at the Jazz & Image Festival at Villa Celimontana in Rome. He performed in the Three Baritone Saxophone Band with Ronnie Cuber and Gary Smulyan in Italy, New Orleans, Rome and London. He was also a featured soloist at the 1998 Chicago Jazz Festival.

Since the year 2000, he was the featured artist at the Blue Note in Beirut, Lebanon, performed for President Bill Clinton at the Harlem Welcomes Clinton celebration, and continues to perform with Barry Harris. In August 2004, they performed in the 50th Anniversary of the Newport Jazz festival. In July 2006 he was a featured artist at the Copenhagen and Aarhus Jazz Festivals in Denmark. In addition to performing and recording with the guitarist Roni Ben-Hur, the El Mollenium Band (featuring the music of Elmo Hope), Charles continues to perform with the Sun Ra Band, with the Spirit of Life Ensemble and with his own quartet featuring Tardo Hammer (piano), Lee Hudson (bass), and Jimmy Wormworth (drums) in the United States and Europe.

For over 25 years Charles has been an instructor at the Jazzmobile Workshops. He has made five of his own albums and is featured on over 100 recordings.

Recent CD's include Blue Gardenia with Cedar Walton, Peter Washington and Joe Farnsworth on drums, released in 2003 on Reade Street Records. His latest, Land of Dreams, was released in 2007 on Smalls Records.