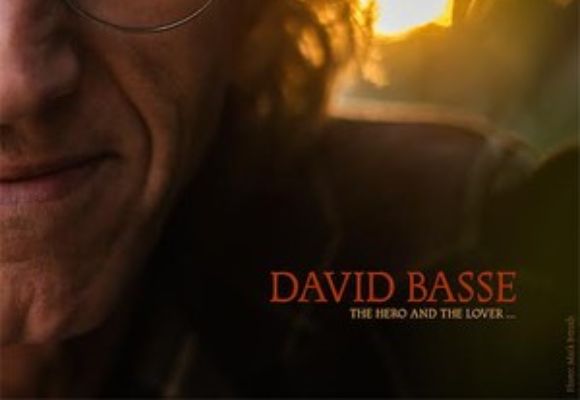 David Basse began his professional music career in 1969, when his parents trusted the neighbors to keep an eye on him while they vacationed in California. Basse seized that opportunity and turned it into a six-night gig at a local cocktail lounge with a band named Carroll Lee and the Moonlighters. This gig was the first small step in mastering many styles of drumming and subsequently learning to sing from the drumset. He stayed with Lee for the next three years, earning his way through high school and onto the road at age 17.

In 1974, he landed in Kansas City, after gigs in Denver, Nashville, New Orleans, Winnipeg Manitoba, a trip to LA and various teenaged forays throughout the United States.

In August of 1982 David Basse began his focus on jazz. He made a tough decision: attend his tenth high

located at 7425 Broadway. Little did he know that one night stand with vocalist Pricilla Bowman would

turn into almost seven years, five nights a week at the nightclub and an opportunity to rub elbows with

politicians, community leaders, and to jam with jazz royalty such as Johnny Griffin, Richie Cole, and Les

Meeting drummer Bill Goodwin in 1985 led Basse to try his luck in the Los Angeles. Bill introduced David to pianist Mike Melvoin; a musician that David had idolized from Mikes extensive studio work and on records by Tom Waits, Frank Sinatra and many others. Starting in 1992, Melvoin helped Basse establish himself in L.A. and to develop a body of original material that continues to grow to this day. West coast bands led by Basse featured Melvoin and other noted musicians such as bassist Andy Simkins, trumpeter Steve Huffstetter, trombonist Slyde Hyde, and drummer Earl Palmer.

In 2003 Basse funded and produced a recording that became a Grammy nominated project for Mike Melvoin. The duo traveled to the east coast and performed at the Deer Head Inn. This legendary nightclub is housed in a 150-year-old Inn in the Delaware River Valley, on the Appalachian Trail. Saxophonist Phil Woods lives just a few blocks from the Inn, as well as many other celebrated artists and musicians. The recording project began when Goodwin brought Basse and Melvoin to Woods home for a rehearsal that featured many originals that Woods instantly dubbed, The American

songbook raised up a notch.

Today, Basses ninth recording, The Hero and the Lover... is a culmination of over forty years of

trial and error, serendipitous miscalculation and a powerful and undying love of art and music. It is a

University of Kansas and is the featured male vocalist on The 12th jazz, blues and comedy jam.