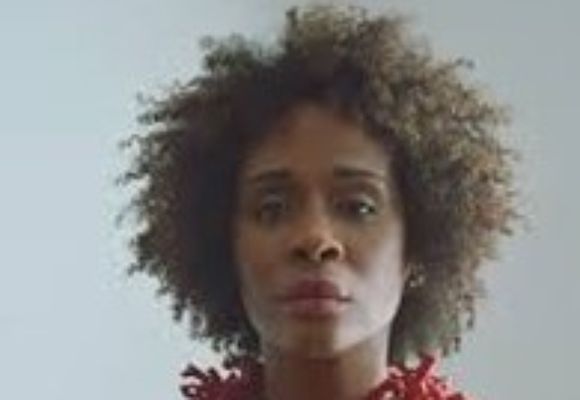 Marie-claire was born in Dominica West Indies and moved to the Bronx, New York as a child. Due to her love of the two cultures, she has split her time between both places as an international performer. The list of performances in her native Dominica is extensive, including live performances at LIME Creole in the Park Festival, regional events including the St. Lucia Love Fest, the Jamaica Jazz and Blues Festival, the Ocho Rios Jazz Festival and the Love Is All We Need concert in Antigua. Other venues include Russells in Antigua, Weekenz Bistro and Bar, Christophers Jazz Café and Red Bones Blues Café in Jamaica.

She was classically trained to sing opera by Maestro Guido Caputo and Maestro Frascati of the Conservatory of Santa Cecilia in Rome, Italy. Further training includes two years under Marc Forrest in Los Angeles and exclusive study under Raymond Buckingham in New York City. It was Buckingham who recognized the rich and deep vocal timbre of her voice, discovering she is a rare operatic contralto. This discovery, in tandem with her extensive vocal training, led to her debut at Carnegie Hall with the New York Grand Opera Company in the roles of Maddalena from Verdis Rigoletto and Azucena from Verdis Il Trovatore.

Her recent engagements include singing the National Anthem for the Brooklyn Nets at the Barclays Center, performing standards with Jeff Goldblum and the Mildred Snitzer Orchestra in L.A. and she continues to appear at the Metropolitan Room in New York City. She debuted the song Two Old Maids as a Featured Vocalist for the BMI Workshop Smoker presented by the Drama League, Drama Desk and Tony honored BMI-Lehman Engel Musical Theatre Workshop.

Additionally, she is writing the lyrics for a four-song cycle composed especially for marie-claire by the estimable Pulitzer Prize winning composer John Harbison. Mr. Harbison is the Metropolitan Opera House commissioned composer of the The Great Gatsby and Institute Professor of Music and Theatre Arts at M.I.T. More recently, marie-claire was the starring vocalist for the play Mothers at the Kraine Theater. A few days later she was featured performing her trademark Jazz, Opera fusion, mixing operatic vocals with different genres of music, at the Medici Gallery.

She has also spent time in front of the camera as a cast member on the second season of Chappelles Show on Comedy Central and is currently auditioning for other roles on network TV as she works to expand her skills to acting. marie-claire also performed at the Central Park Summer Stage Lyricist Lounge for a crowd of 5,000 people with Black Moons DJ Evil Dee and Doug E. Fresh who nicknamed her The Queen, due to her astounding performance that gripped the crowd. marie-claire and her quartet can be seen regularly at the Farafina Café and Lounge in Harlem, N.Y.