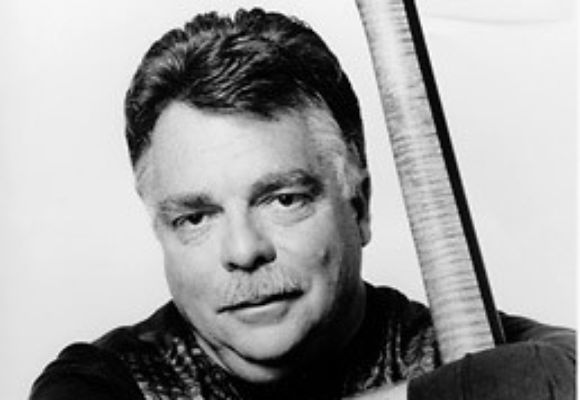 Ron McClure (b. November 22, 1941, in New Haven, Connecticut), a bassist, has played in hard bop, jazz-rock, and free and bebop sessions and bands.

He started on piano at age five, and later played accordion and bass. McClure studied privately with Joseph Iadone and, later, with Hall Overton and Don Sebesky.

He attended the Hartt School of Music, graduating in 1963 and worked in the Buddy Rich Sextet the same year. He then joined Maynard Ferguson's big band and, afterwards, Herbie Mann in 1964; and then assumed the bass chair in the Wynton Kelly Trio vacated by the late Paul Chambers in 1965 (playing behind guitarist Wes Montgomery). He thereafter joined the "classic quartet" of Charles Lloyd, together with pianist Keith Jarrett and drummer Jack DeJohnette, spanning 1966-69, which was voted "Group of the Year" in 1967 by Downbeat Magazine. In 1970, together with pianist-composer Mike Nock, drummer Eddie Marshall and violinist Michael White, he co-founded the groundbreaking jazz-rock group, The Fourth Way. He also participated in pianist-composer Carla Bley's innovative album, "Escalator Over The Hill". In the greater part of the 1970s, Ron engaged himself in an association with saxophonist Joe Henderson, with whom he joined Blood, Sweat & Tears. Henderson left soon before recordings were made but McClure stayed on to perform in three B,S&T albums ("Mirror Image", "New City", "Live And Improvised"). Henderson and McClure recorded four albums together. In the 1980s, McClure joined Quest, led by saxophonist Dave Liebman, which included drummer Billy Hart and pianist Richie Beirach. He also recorded a duo album with pianist Michel Petrucciani. McClure's major engagements in the 1990s through the early 2000s were with Lee Konitz, and then with the reassembled Quest.

McClure has done sessions as a leader for Ode, Bellaphon, EPC, Steeplechase, and Ken Music. His solo output include the contributions of John Scofield, John Abercrombie, Vic Juris, Richie Beirach and Randy Brecker, amongst other distinguished jazz musicians.