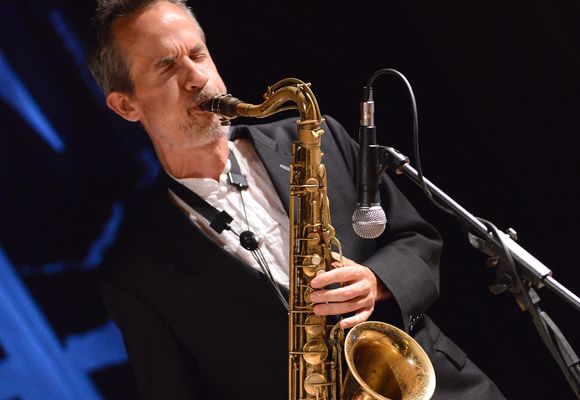 CHRIS BYARS is an award-winning saxophonist, composer, bandleader and educator based in New York City. He divides his artistic focus between development of original material and studying the vast repertoire of jazz composers of the 20th century. He plays alto, tenor and soprano saxophones, and flute. For over two decades, Chris has been a staple of the New York City jazz scene, performing at the city's finest venues, including Smalls, Mezzrow, the Village Vanguard, Dizzy's Club Coca-Cola, Birdland, The Jazz Gallery and Iridium.

Chris is an innovative and prolific composer. He has written for ensembles of all sizes, from trio to full orchestra. His fifteenth commercially-released CD as a leader, "On The Shoulders of Giants", is slated for release by SteepleChase Records in March 2020.

Chris was commissioned by the WDR Big Band to arrange a centennial celebration concert of Thelonious Monk’s compositions, performed in March 2017, his fifth guest appearance with the organization. Chris has also arranged for John Pizzarelli Big Band, The Nashville Symphony, and the Omaha Symphony.

As a Cultural Envoy for the U.S. State Department, Chris has traveled to over 50 countries to perform concerts and present educational workshops.

Chris is an enthusiastic jazz educator. He teaches in affiliation with The New School and also privately, through his own studio or via Skype.  In November 2019, Chris was a featured clinician and adjudicator at the 23rd Annual College of San Mateo Jazz Festival.


It's not easy to be Chris Byars. With an incredible array of talents brought to bear on his composition, arrangements, and cooking jazz performances, it's no wonder he's worked his way to the forefront of the myriad of jazz players overwhelming the scene.
- Teddy Charles