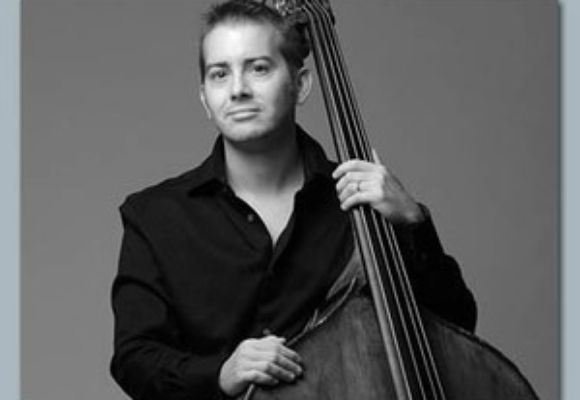 New York City native Gregory Ryan has established himself as an in-demand sideman on both acoustic and electric bass. His big supportive sound, swinging style, and complete understanding of harmony and his role on the bandstand combine to create his ability to make even the most complex modern composition swing in the tradition of the great bass players. At home in a variety of musical worlds -- accomplished in Brazilian, Cuban, funk, and mainstream jazz styles -- he performs in festivals and concerts worldwide. Mr. Ryan has appeared with pianists James Williams, Mulgrew Miller, and Benny Green; guitarists Jim Hall and Pat Martino; vocalists Karrin Allyson, Peter Cincotti, and Dena DeRose; and numerous jazz luminaries including Eric Alexander, Regina Carter, Billy Harper, and Albert Tootie Heath, among others.

Gregory Ryan also co-leads Grupo Yanqui with Bennett Paster. As exhibited on their 2001 self-titled debut CD, the Grupo skillfully balances original compositions by Ryan and Paster with Cuban and latin-tinged standards, drawing from Afro-Cuban, Brazilian and American traditions and influences. All Music Guide praises the record's involved arrangements, passionate solos, and vigorous, spontaneous interplay, all with a melodic and cosmopolitan Latin funk touch. The Grupo has made concert and clinic appearances from New York to California since its inception in 1998. A quartet edition of Grupo Yanqui toured as part of the U.S. State Department and Jazz at Lincoln Center's The Rhythm Road: American Music Abroad program in 2006, performing and conducting workshops in Sweden, Russia, Estonia and Serbia-Montenegro. Grupo Yanqui recorded its second CD in May 2006, featuring Paster, Ryan, Hall, trumpeter Alex Norris, saxophonist Chris Cheek, and percussionist Gilad. A 2007 release is planned.

Seeking to broaden his understanding of Afro-Cuban music, in 2003, Mr. Ryan took a lesson from master bassist Andy Gonzalez. At the end of the lesson, Gonzalez asked if Ryan would substitute for him with the Chico O'Farrill Afro-Cuban Jazz Orchestra. That and subsequent recommendations have led to a growing Latin Jazz resume include performances with the Lincoln Center Afro-Latin Jazz Orchestra, Arturo O'Farrill, Papo Vazquez' Pirates Troubadours, and Bobby Sanabria's Quarteto Aché.

During the summer of 2002, Mr. Ryan toured with singer/saxophonist Curtis Stigers - opening for many of the U.S. dates of Barry Manilow's Manilow Live 2002! tour, including stepping in for Manilow's ailing bassist on a few hours notice at their Kansas City engagement. Stigers' band was also featured at jazz festivals and venues in 2002-3 in Detroit, Boston, Toronto, and Concord, CA, among other North American cities. Reviewing a performance at the famed Oak Room at the Algonquin, Stephen Holden of The New York Times praised the trio backing Stigers for its brand of muscular, straight-ahead jazz.

Mr. Ryan can be heard on several recordings with such artists as Kenny Burrell and Matthew Fries, with whom he has played and recorded for more than ten years. In addition, he regularly performs with guitarist Freddie Bryant, appearing on his recording, Freddie Bryant & Kaleidoscope: Live at Smoke. During a three-week stint in Europe in spring 2002, he played numerous dates with Kaleidoscope and co-led clinics in Germany.

Honored by International Association of Jazz Educators (IAJE), Mr. Ryan is also a talented and well-respected teacher. In addition to providing private instruction, he has been an esteemed faculty member of the Stanford Jazz Workshop (SJW) and Festival since 1992, leading ensembles, master classes, theory, ear training, and other specialized clinics. He has been recognized not only by his peers but also by his students, earning nominations on multiple occasions for The Golden Apple Teaching Award, awarded for teaching excellence by SJW participants. It is a singular joy to watch a young musician put together new information and grow in real time, says Ryan. By that I am referring to my experiences teaching ensembles and hearing students play in ways they hadn't known they could earlier in the week. With guitarist Freddie Bryant, Mr. Ryan has made many presentations to school children for The Jazz Standard's Jazz Discovery Program. With Arturo O'Farrill, he has taken part in several residencies  introducing Latin jazz to children, teaching master classes and coaching rehearsals. Mr. Ryan has also performed with Mr. O'Farrill in Jazz at Lincoln Center's acclaimed Jazz for Young People concert series.

In October 2006, Ryan and Paster returned to Belgrade, Serbia to conduct a two-week workshop at the Belgrade Music Academy on behalf of the U.S. Department of State and Jazz at Lincoln Center's The Rhythm Road: American Music Abroad program. The program introduced jazz performance concepts and techniques and &had a huge impact on the University of Arts of Belgrade, and the community music students who were directly exposed to highly experienced U.S. jazz professors and artists, according to a representative from Cultural Affairs. More than half of the workshop participants had never before played jazz, and at the final concert they very capably performed jazz in front of a large audience.

It is no surprise that Mr. Ryan's teaching philosophy is centered in encouraging and guiding students toward their own musical self-exploration. His desire to be a professional musician was realized while attending Stanford University, where he graduated with distinction in 1992 with a degree in English. Influenced and inspired by those he studied with, including Stephen Tramontozzi (San Francisco Symphony) and jazz pianist Bill Bell, Mr. Ryan returned to New York City where he earned his Master of Music degree from Manhattan School of Music in 1995, studying with Timothy Cobb (Metropolitan Opera Orchestra) and Harvie Swartz, and electric bassist Jeff Andrews.

Mr. Ryan currently resides in Brooklyn, NY with his wife and cats.