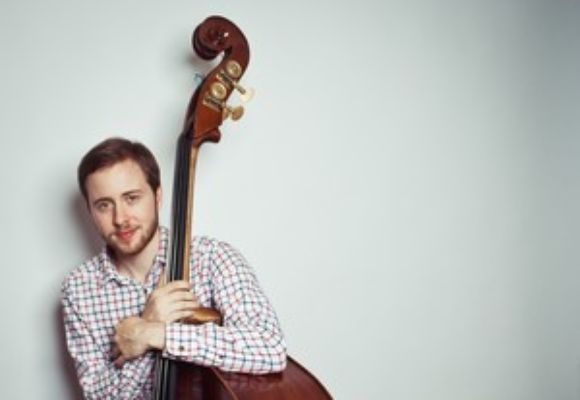 Luke Sellick was born and raised in the rich and eclectic musical climate of Winnipeg, Manitoba, Canada. Although originally a classical pianist, Luke discovered jazz at a young age and at eleven found himself immersed in the double bass. Home schooled throughout elementary and high school, his passions included art history, wilderness canoeing, and math. His introduction to formal education didnt come until 2008, when he enrolled in the Faculty of Music at the University of Manitoba.

By this time, although dreams of National Hockey League stardom were fading fast, Lukes musical career was gaining momentum. In 2009 he was awarded the Oscar Peterson Grant for best jazz student in Canada, and was becoming a force in Winnipegs folk, indie and world music scenes. In 2012, Luke auditioned for The Juilliard School where he was accepted on scholarship and completed his Masters degree under legendary bassist Ron Carter.

Luke is currently living and performing in New York City, where he can be heard regularly with premier jazz artists including Johnny ONeal, Jimmy Greene and Russell Malone. In addition to his supporting work, Luke enjoys leading his project, the Luke Sellick Expedition, a band tailored to accommodate his own compositional vision. Lukes musical philosophy is epitomized in the words of J.S. Bach, that the end of all music is none other than glory of God and the refreshment of the spirit.