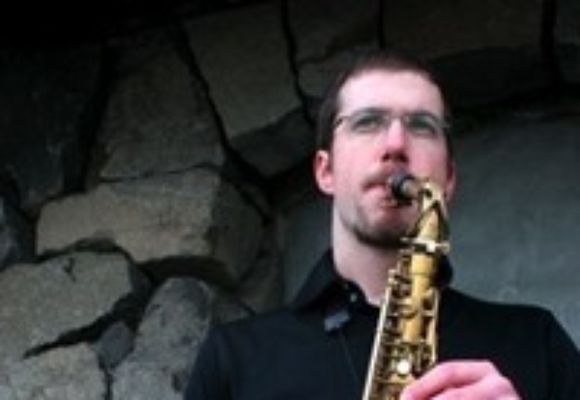 Up and coming saxophonist Craig Yaremko is one of the most exciting and versatile young artists on the New York jazz scene. A dynamic performer on all saxophones, flutes and clarinets, Craig's diverse musical tastes have led to performances with world-class jazz, classical, rock and pop artists. Through this he has developed a distinctive approach as both a composer and performer. His latest recording, Sync (Jazz Excursion), catches a forward-thinking artist in prime form.

Since then Craig has been in constant demand. He has performed along side jazz artists Helio Alves, Tim Armacost, Don Braden, Paulo Braga, Randy Brecker, Candido, Kermit Driscoll, Paquito D'Rivera, John Riley, Joe Magnarelli, Paul Meyers, Bob Mintzer, Dave Samuels, Bobby Sanabria, Byron Stripling, Dave Valentin, and Ray Vega. He has worked with some of the New York area's finest big bands, including Diane Moser's Composer's Big Band, the Cecil's Big Band, the BMI Composer's Workshop (with Jim McNeely and Michael Abene), as well as the bands of Russ Speigel, Bill Warfield, and Joe Elefante (receiving national exposure in the Wall Street Journal and on ABC's Nightline). As a soloist, Craig has worked with some of the finest players of his generation, including Freddie Hendrix, Julius Tolentino, Sam Barsh, Josh Dion, and Marshall Gilkes, and has recorded two albums with the Nathan Eklund Group (The Crooked Line (2007) and The View From Afar (2006)).

Yaremko has led is own groups since 2001. With performances at clubs like the Zinc Bar, Smalls, Louis 649, Trumpets, and the Cornelia Street Cafe, Craig has built a strong following throughout the New York area. The June 2007 release of Sync marks his third recording as a leader (Persistence (2004) and Brasil (2001)). A highly interactive, chordless quartet outing, the album features Nathan Eklund on trumpet, Bill Moring on bass, and Steve Johns on drums. Exploring compositions by Monk, Jobim, Lennon and McCartney, and Irving Berlin, as well as originals, the album finds Yaremko developing his highly distinctive and personal approach (ejazznews.com), both as a composer and multi-instrumentalist.