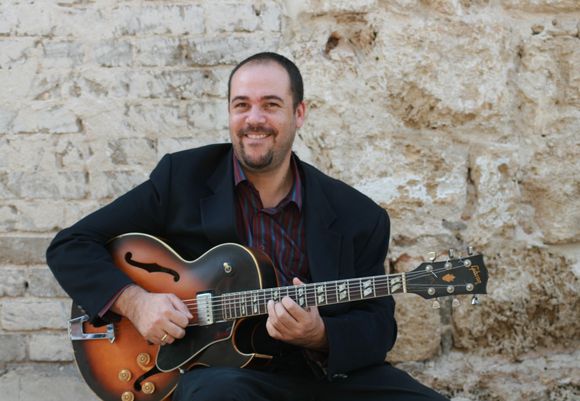 Amos Hoffman is an Israeli Jazz Guitarist and Oudist known worldwide as a pioneer in fusing the rhythms and melodic themes of the Middle East with Modern Jazz. In 2013 Amos was awarded one of Israel’s most prestigious prizes – The Landau Prize for Arts and Sciences for outstanding achievement in the field of Jazz. Amos Hoffman’s Jewish/Middle Eastern inspired Jazz, is a ride in a spice caravan whose ultimate destination is an underground jazz club in the wee hours of the morning. Featuring melodic and rhythmic Eastern influences combined with a completely American sense of groove, Hoffman is a pioneer of the genre. Now based in Columbia, S.C., Hoffman looks forward to sharing his unique musical worldview with American audiences.