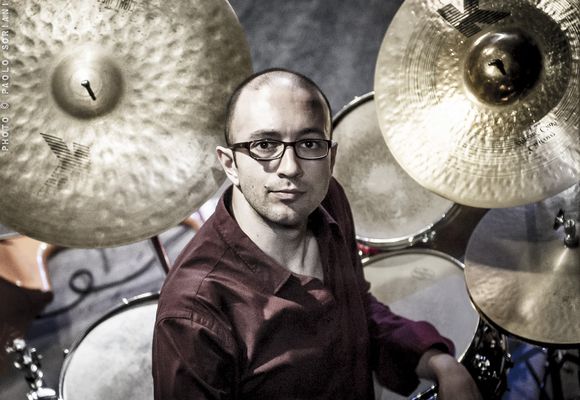 Originally from Italy and a graduate of the Juilliard School of Arts, drummer Luca Santaniello has been living in New York City since 2001, performing as a freelance jazz musician and collaborating with musicians from the international jazz scene. During his student career he had many excellent coaches and teachers including legend pianist Barry Harris, drummers Kenny Washington,Billy Drummond and Carl Allen.

He began his professional jazz career at the age of 14 performing and touring all over the European territory with ensembles from the Thelonious Monk Association of Jazz Music (Campobasso,Italy) such as The Rhythm Machine, Orchestra Laboratorio Thelonious Monk, and other bands and orchestras such as Ketoniche Percussions.

Luca Santaniello's bebop influenced style coupled with his deep classical training has helped to shape his sound and has given birth to a refreshing new voice in jazz.

His exposure to dynamic modes of playing and to musicians with accumulated experiences only promoted the development of his own distinct musical personality.