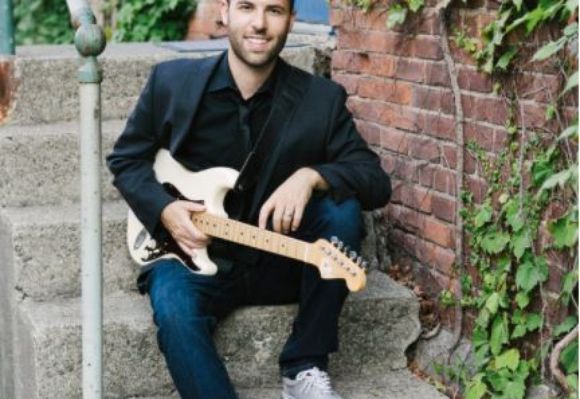 Mark Cocheo is a guitarist based in New York City. His versatility has led him to perform with artists such as Kristin Chenoweth, Melissa Etheridge, Charlie Daniels, James Burton, James Moody, George Garzone, Bucky Pizzarelli, Wayne Newton, Tony Orlando, Larry Gatlin, BJ Thomas, Darryl Worley, Colin Raye, Gloria Gaynor, The Dan Band and various other artists. From 2010-2015, he was the lead guitarist in the house band on the nationally syndicated show "Huckabee" on Fox. In New York he has had the opportunity to perform in renowned venues such as Carnegie Hall, Lincoln Center, The Blue Note, B.B. Kings, The Iridium, The Gramercy Theatre, Joe's Pub, Highline Ballroom, Dizzy's, Smalls, Cornelia St. Cafe, The Bar Next Door, The Mercury Lounge, and countless others. As a studio musician, his guitar work has also been featured on MTV, ESPN, Fox, and FX. Keeping a diverse and busy performance schedule, Mark can be seen almost every night of the week performing in NYC. Mark holds a Master's Degree in Jazz Performance from NYU and a Bachelor's Degree in Jazz Guitar from New England Conservatory. He has had the pleasure of studying with reputable musicians such as Ben Monder, Wayne Krantz, and Jerry Bergonzi. Mark is an active educator having taught at NYU, The National Guitar Workshop, and Laguardia Community College. Mark is an official artist endorsee for D'Addario Strings