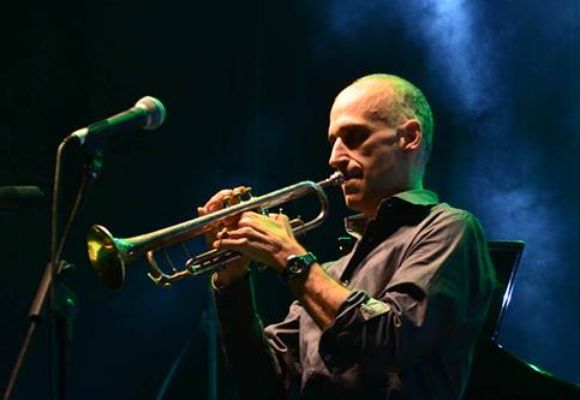 The Rob Burke Sextet "The Power of the Idea"

Jazz Times magazine says Alessi has "drop-dead trumpet chops" and calls his music "as clean and airy and sophisticated and disciplined as post-modern progressive jazz gets.” Ralph Alessi was born in San Francisco, California. Rafael, the son of classical trumpeter Joe Alessi and opera singer Maria Leone. (Brother Joe Jr. is principal trombonist of the New York Philharmonic, and Ralph himself freelanced as a classical player as he was coming up through the ranks.) But after taking degrees in jazz trumpet and bass—he studied under the legendary Charlie Haden at CalArts—he lit out for New York, where he swiftly became an ubiquitous presence on the downtown scene. He's been a frequent collaborator of such notable musicians as Steve Coleman, Don Byron, Ravi Coltrane, Uri Caine, Fred Hersch, Drew Gress, Dafnis Prieto and Jason Moran—most of whom have also played and recorded in Alessi’s own groups. Alessi has recorded five albums of originals which draw on everything from post-bop to neo classical. Jazz Times named This Against That's debut outing one of the ten best recordings of 2002, while All About Jazz dubbed its 2007 follow-up "Look" “an outstanding work of intellect and fire.” Ralph will release 2 new CDs in 2010, a quartet record featuring Jason Moran and another This AGainst That record.