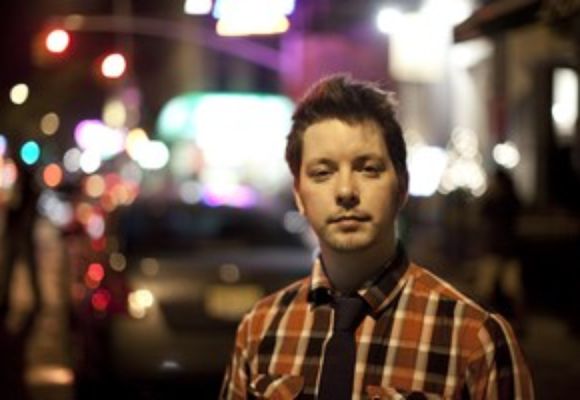 Lage Lund is acclaimed not only as one of the finest guitarists of his generation, but also one of the most compelling jazz artists in the world today. He is “all music and all soul,” according to Russell Malone, one of the judges who awarded Lund top prize in the 2005 Thelonious Monk International Jazz Competition.

Armed with a mastery of the standard repertoire and a growing body of original compositions, Lund swings with great authority, displaying a staggering harmonic sophistication and a singularly fluid voice as a soloist. He also brings a “casually magnetic” presence to the stage, “channeling reticence into a whisper-quiet mystique” (New York Times).

Born and raised in Skien, Norway, Lund relocated to Boston after high school and attended Berklee College of Music. In 2002 he moved to New York and soon became the first electric guitarist ever to enroll at the Juilliard School of Music. In the years since his Monk Competition victory, he has become a sought-after sideman with the David Sanchez Quartet, the Maria Schneider Orchestra, the Seamus Blake Quintet, the Mingus Orchestra and many more. He has been fortunate enough to work with elder statesmen and peers alike: Ron Carter, Mulgrew Miller, Wynton Marsalis, Carmen Lundy, FLY, Marcus Strickland, Jaleel Shaw, Will Vinson, Aaron Parks, Kendrick Scott, Jimmy Greene and Ingrid Jensen, among others.

Lund released Early Songs, his debut on the Criss Cross label, in 2008. He followed up in 2010 with Unlikely Stories, a vibrant set of mainly original tunes with a superb supporting cast: pianist Edward Simon, bassist Ben Street and drummer Bill Stewart. In 2011 he brought out the independent live recording Small Club – Big City, produced by Jimmy Katz and recorded over several nights at the intimate Bar Next Door. This fine album captures the warm sound and intense interplay of Lund’s trio with bassist Orlando Le Fleming and drummer Marcus Gilmore (Jamire Williams on two tracks).

With the 2012 quartet release Live at Smalls — featuring Gilmore, Street and pianist Pete Rende — Lund continues to refine his artistry, bringing tonal clarity and an unerring sense of proportion to music recorded at Smalls, the famed Greenwich Village club. Through stateside appearances and live engagements throughout Europe, Japan and around the world, Lund has ascended to the highest ranks as a performer and a creative force. He is among those setting the agenda for jazz improvisation in the 21st century.