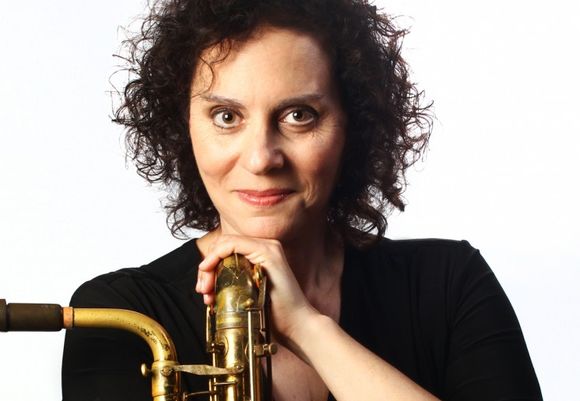 Saxophonist/arranger Leigh Pilzer has performed at many of Washington, DC’s top jazz venues, including Blues Alley, Twins Jazz, and Westminster Presbyterian. She co-leads the Jen Krupa – Leigh Pilzer Quintet, which has been featured at the Atlas Performing Arts Center, Blues Alley, Jazz at the Garden, The Mansion at Strathmore, and the Takoma Park JazzFest, among others.

Leigh is a member of the Smithsonian Jazz Masterworks Orchestra, DIVA, and the Bohemian Caverns Jazz Orchestra. With SJMO, DIVA, and the National Symphony Orchestra she has toured across the United States and in Austria, Canada, Croatia, Egypt, England, France, Germany, Holland, and Russia. She also freelances with a variety of ensembles in the mid-Atlantic region.

Leigh’s arrangements have been performed by the DC-area premier military jazz ensembles and by college and professional jazz ensembles and brass quintets throughout the country. DIVA recently recorded several of Leigh’s big band arrangements: two can be heard on DIVA’s most recent CD, A Swingin’ Life (2014) and two more will be included on the band’s upcoming release Special Kay, (scheduled for 2016). Another was featured on the soundtrack for Macy’s 4th of July Fireworks Spectacular (2014). Other arranging credits include horn section writing for recordings by Chuck Brown and Eva Cassidy and orchestrations for the critically-acclaimed show Maurice Hines is Tappin’ Thru Life.

Repertory performances and lecture recitals include “Collaboration in Jazz, Featuring the Music of Gerry Mulligan” and “The Music of The International Sweethearts of Rhythm, Mary Lou Williams, and Melba Liston” with the Smithsonian Jazz Masterworks Orchestra Quintet; “Sax in the City,” featuring the music of Benny Carter, Gerry Mulligan, and Lester Young with the SJMO saxophone and rhythm sections; and “Women in Jazz: The Early Years” and “The Music of Melba Liston” at the Washington Women in Jazz Festival.

Leigh holds a Bachelor of Music in Jazz Composition and Arranging from the Berklee College of Music and Master’s degrees in Jazz Studies and Saxophone Performance from The University of Maryland, College Park. After completing her academic work at Maryland she studied studied traditional and jazz theory at The Catholic University of America with the late Dr. Steven Strunk. She is currently working toward a DMA at George Mason University in Fairfax, VA. Leigh has served on the faculties of the University of Maryland and Towson University, where she has taught Jazz Theory, Jazz Arranging, and Jazz History.