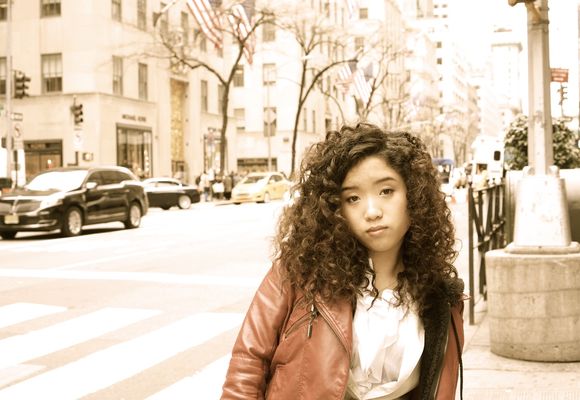 Erena Terakubo was born in Sapporo, Japan in 1992. She began playing the alto saxophone at the age of nine. She had the opportunity to have jazz clinics with musicians including Herbie Hancock when she was attending Sapporo Junior Jazz Orchedtra. In 2010, she recorded her first album, " North Bird" with Kenny Barron , Christian McBride , Lee Pearson , and Peter Bernstein. The album was released in Japan by Japanese major record label King, reached no.1 on the Japanese jazz charts, and was awarded Swing Journal's Gold Disc. Later that year, she performed with Ron Carter, Omar Hakim, and Will Boulware as part of the Tokyo Jazz Festival.  In 2011, Terakubo recorded her second disc, " New York Attitude" with Kenny Barron, Ron Carter, Lee Pearson, and Dominick Farinacci. At the same year, she had chosen presidentian scholarship from Berklee College of Music in Boston. 2013, Terakubo recorded her Third disc, "Burkina" with Kenny Barron, Ron Carter, Jimmy Cobb, and Lenny White. 2015, she moved to New York after she graduated Berklee Collage of Music. at the same year, she released her fourth disc, " A Time For Love" with David Hazeltine, David Williams, Lewis Nash. The album was released all over the world by Canadian record label Cellar Live. she plays clubs such as Smalls, Zinc Bar, The Kitano, and The 55 bar etc.    http://www.erenaterakubo.com/