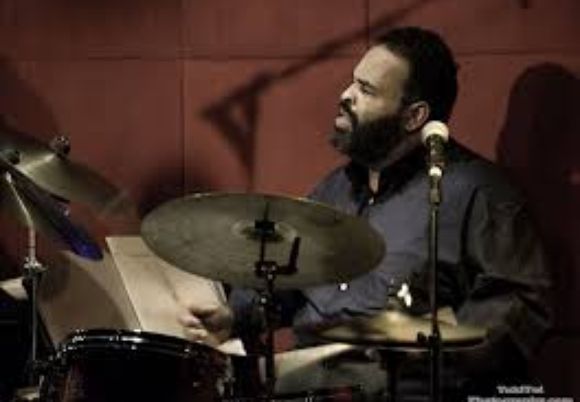 George was seven when Jazz innovator and master drummer Max Roach gave him his first set of drums. The background music of his childhood was set to the harmonic sophistication of his father, George (“Big George”) Coleman’s saxophone and the classic blues of his mother Gloria’s bass, piano, organ and vocal work. The dedication and creativity of his parents set the standard for “little” George’s early musical efforts, culminating in his acceptance into New York’s prestigious High School of Music and Art.

After graduating from Music and Art George continued his musical studies with a number of master teachers such as Sam Ulano, Michael Carvin, Harold Mabern and Jamil Nasser. Never one to limit himself intellectually George also pursued studies in math and science eventually earning a Bachelor of Science degree in Chemical Engineering from the New Jersey Institute of Technology in Newark, New Jersey.

None of George’s teachers has been as influential as the late master percussionist Billy Higgins. Under his tutelage George’s conceptual understanding of both the drums and the music he plays has broadened, leading Higgins to call him “one of the most talented and creative young drummers on the NY Jazz scene.”