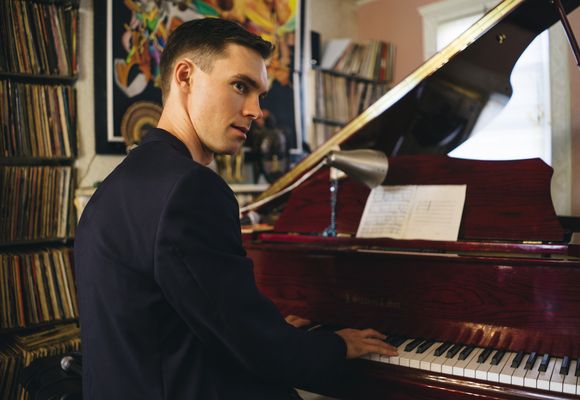 Jordan Piper’s mature sound and 'melodically-rich soloing' (Star Ledger) set him apart as a pianist and composer.  He is at home in many styles of music, drawing his repertoire from standards of the American songbook and the jazz tradition.  As part of the vibrant music scene in the NYC metropolitan area, Jordan has performed at many well known jazz clubs, including the Blue Note, Iridium, Smoke, Smalls etc. He has also played with Winard Harper’s band, singer Vanessa Perea, and is musical director for the Manhattan Dolls, a New York based vocal trio modeled on the Andrews Sisters.   He is in the process of releasing his second album entitled “On The Path” featuring his trio with Noel Sagerman and Sam Trapchak. He is also musical director for the 'Straight and Narrow Gospel Choir' in Paterson, NJ.