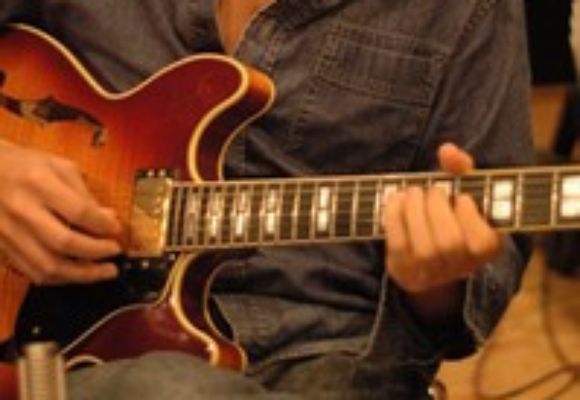 Miles, who has been playing professionally since the age of thirteen, grew up around the visual arts, with a painter and photographer for parents. Raised in the Pacific Northwest in Port Townsend, WA, he lived in New Orleans and Boston before moving to New York in 1997. There he worked as a sideman to Stanley Turrentine, Regina Carter, Lenny Pickett, Allan Harris and many others. His expertise in transcription, arranging, orchestration and studio production led to work with Rodney Jones, Lena Horne, Donald Harrison and Jimmy McGriff.

He holds degrees from Harvard University and the Manhattan School of Music. Apprenticing himself to leading instructors, he has studied Brazilian music, South Indian rhythmic theory, and many styles of jazz and pop guitar. In 2005, Miles placed second in the prestigious Thelonious Monk Competition. The judges included Bill Frisell and Pat Martino. His debut album as a leader is Mirror, released in 2006. For the last three years he has been a featured guitar soloist, accompanist and arranger in the Jane Monheit band.