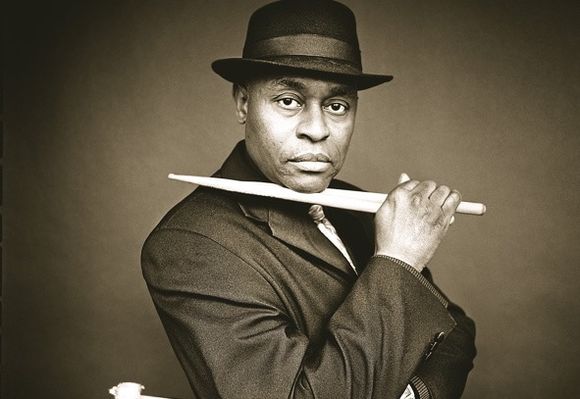 Philadelphia-born musician, David F. Gibson, toured extensively and recorded with the Count Basie Orchestra under the direction of Frank Foster. David has also performed with a host of artists and ensembles, including Joe Williams, Clark Terry, the Sun Ra Arkestra, the Odean Pope Saxophone Choir, the Diane Schuur Trio, the Duke Ellington Orchestra, and the Woody Herman Orchestra. Music critic, Chip Deffa (the New York Post) says that “Gibson’s drumming is strong and fluid and as satisfying as any drummer I heard in years.” Music critic, Jerry Carrier (the Philadelphia Daily News) says, ”Gibson may be the ultimate band drummer.” He is also featured on recordings that include Diane Schuur’s Music is My Life and Harry Sweets Edison’s Live at the Iridium. He is an adjunct faculty member at the New School for Jazz and Contemporary Music. He earned a Bachelor of Music degree from Temple University.