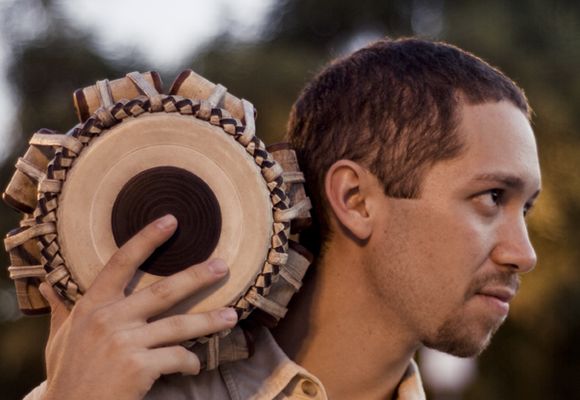 Percussionist Richie Barshay, noted for his work with the Herbie Hancock Quartet, has established himself as a prominent musical voice of his generation and is regarded as "a player to watch" by JazzTimes magazine. On tour and recordings his diverse résumé includes Herbie Hancock, Chick Corea, Esperanza Spalding, The Klezmatics, Fred Hersch, Kenny Werner, Lee Konitz, Natalie Merchant, David Krakauer, Fred Wesley, Claudia Acuña, Bobby McFerrin and Pete Seeger among others. Since 2004, he has led outreach projects as an American Musical Envoy with the U.S. State Department in Asia, Africa, South America, and Europe. Now based in New York City, Richie began playing Jazz and Afro-Caribbean music during his youth and has expanded his focus to Indian rhythmic concepts and tabla, inspiring his 2007 recording debut Homework on Ayva Records. “Homework introduces a major rhythm voice on the rise” says Downbeat magazine, and The Guardian (UK) praises “the arrival of a major innovator who also knows how to have fun.”Weblinks: