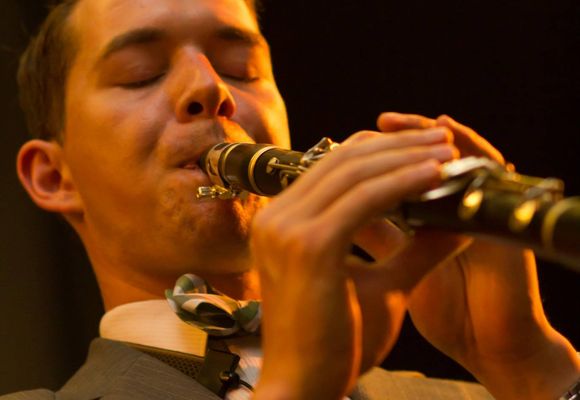 Evan Arntzen is a saxophonist, clarinetist, and vocalist born and raised in

Vancouver, BC. He was instructed by his grandfather, Lloyd Arntzen, in the New

Orleans jazz tradition of clarinet playing from the time he was seven years old.

Vancouver and has performed extensively across the US and Canada, as well as

in Europe, Japan, and China, Evan has established himself as a powerful young

voice in jazz, adept in the realms of traditional jazz, modern/contemporary jazz,

and improvised music. Evan moved to New York City in January 2014 has since

and Symphony Space with some of NYC’s finest acts, including the Bria