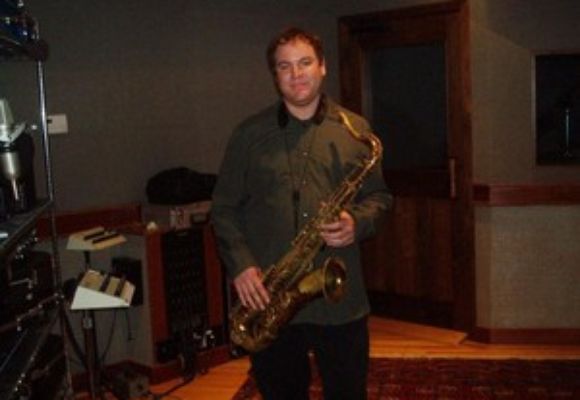 Todd Herbert began his life as a musician at the age of 10 and has not looked back. Beginning on clarinet, he progressed to alto saxophone, eventually settling on the tenor sax. Herbert continued his music studies in high school and with private teachers in his hometown of Evanston, IL.. Advanced studies came at the University of Miami, considered one of the country's foremost training grounds for jazz musicians.

Herbert has now been playing professionally for 15 years, first with the Charles Earland Quartet. His stint with Earland took him around the US and his first taste of the international scene with stops in Germany, Japan and London. He then joined trumpet virtuoso Freddy Hubbard and as a member of his quintet toured for over two years. In 1997 Herbert moved permanently to New York City where he maintains a busy schedule of composing and performing. In addition to leading his own group, Herbert has also has enjoyed playing with jazz greats, Jimmy Cobb and Tom Harrell.

Pianist Willie Pickens calls Herbert a a young giant and predicts that the jazz world will hear a lot of more of his stylistic notes in years to come. Pickens looks forward to Herbert's occasional trips to Chicago and the opportunity to include him in any set that he has booked.

Herbert has released two CD's; The Todd Herbert Quartet, recorded in 1999 and produced by Freddie Hubbard + Mantis Evar, contains all original compositions. His follow up, a self-titled release, was issued in 2003 and features a number of long time jazz favorites ranging from Dig to Summertime to The Lamp is Low.

Todd's a beautiful young cat, says legendary tenor sax man, Von Freeman. It's hard to find your own way, to come up with your sounds, say the 83 year old jazzman---Todd's on his way, he's paid his dues, Freeman adds.