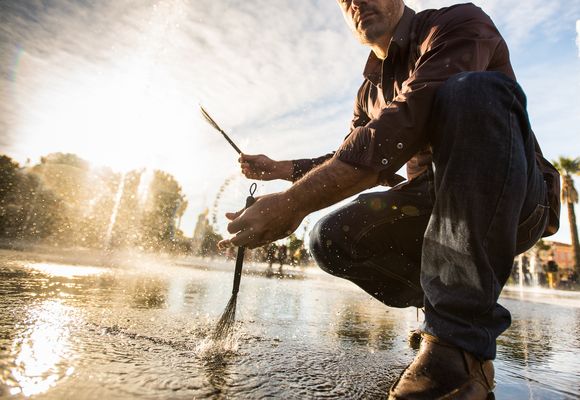 With the passion and flare of the New York City jazz scene as his foundation, drummer Thomas Galliano is excited to debut his first solo album, showcasing the unique sounds of a pronounced and internationally recognized jazz career.

Born in Nice, France, Thomas Galliano did not have to look far to discover his passion for music. Born into a family with his father guitar player and his mother working at a radio, he was often at the rehearsals of his father’s band Thierry Galliano prominent guitarist. Thomas, was first registered at the age of 7 to the Conservatoire National de Région de Nice studying classical percussion intensively under the great teacher Mr Jacques Carré, after his classical graduation Thomas began training in Jazz with his drums teacher Jean-Paul Ceccarelli.

Beside the studies at the conservatory he also learned with one of his mentor Jean-Luc Danna.

A mere nine years later he joined his father onstage, to mark the beginning of an extensive career of international performances and study all which inspired and influenced his upcoming album.

At the age of eighteen, Thomas had a chance to go back and forth between his city and Paris to study with the percussionist Gerard Carocci and the drummer Mokhtar Samba. Couple of years later, Thomas was invited to tour Italy with the world-renowned jazz saxophonist Paul Jeffrey.

It was after this period of great mentorship, exploration, and fine-tuning precision that Thomas made the move to New York City to establish himself in the American jazz scene, as he has so successfully done.

Thomas’ attention to detail, passion for life in the present, and energy has allowed him to call on the sounds and influences of his father, other direct mentors, to write his own music, masterfully creating his own distinct sound. A true musician’s musician, Thomas is excited to premier his new album, Walking Towards The Unknown, furthering his love for his craft and honoring the cherished jazz music.