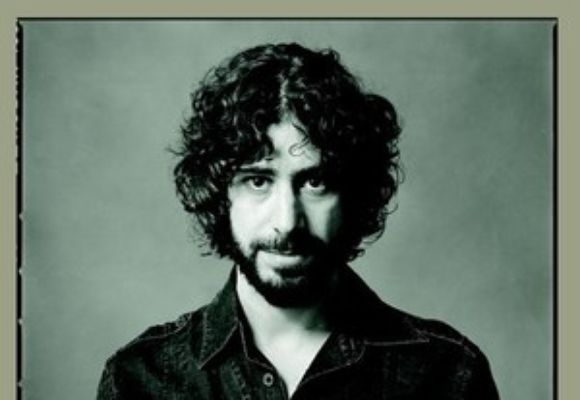 Drummer, Tony Leone was born in New Britain,CT on July 18th, 1969, 2 days before Man first landed on the moon. He grew up in the Hartford area where he started playing in bands at age 11. Though mostly covering artists such as Jimi Hendrix, Neil Young, Led Zeppelin, The Rolling Stones and Lynyrd Skynyrd, to name a few, his deep interest in studying his craft and music would lead him in other directions. After enrolling in the performing arts high school The Greater Hartford Academy of the Performing Arts, he became aware of the music of Miles Davis, John Coltrane, Wayne Shorter, and Art Blakey's Jazz Messengers. It was there that his love for Jazz and improvised music began. This interest led him to the University of Hartford where he began to study orchestral percussion, music education, and Jazz. The Jazz program at the time was headed by the great saxophonist, Jackie Mclean. After 2 years of Music ed.studies, and Mr. Mc Lean's encouragement, he decided to pursue drumset as his primary instrument.

During the next few years he would have the opportunity to play with McLean very frequently. It was also during this time that Jackie sent him to the home of the great Hard-Bop drummer Arthur Taylor for some lessons. Although Jackie primarily taught the lessons he learned from Charlie Parker,Thelonious Monk, Bud Powell, he also made the students aware of the importance of music from other cultures and the importance of freedom and individual expression. He also enlightened his classes on the topic of The history of African Americans. Leone spent a year in NYC in 1992 playing small jazz gigs around town with othe young musicians. Money was tight, and when an offer to go to Berlin, Germany for a year to play an old Theater review came through, he jumped at the chance to go overseas and earn his keep. During his time away, Leone began to think about and listen to the music that had made him want to play in the first place. He went back to his roots and started to rediscover his favorite bands and also the artists that influenced them. He returned to Hartford in 1994 where he started working literally every night. He played in bands led by trombonist Steve Davis, and was the house drummer at a local club which brought in NYC jazz musicians such as: Houston Person, Eddie Henderson, Javon Jackson, Brian Lynch, Geoff Keezer, Brad Mehldau, Antoine Roney, and Mark Turner. During this time Leone studied with drumset guru Alan Dawson for about 9 months. In 1998 he moved back to NYC and became active immediately working with Valery Ponomorev, Randy Johnston, Michael Weiss, Eric Alexander, Joe Magnarelli, Grant Stewart, John Farnsworth, Kuumba Frank Lacy, Mike Ledonne as well as with jazz luminaries, Illinois Jacquet, Lou Donaldson, Slide Hampton, Harold Mabern, and even a gig with tenor sax giant George Coleman.

For a long time Leone had been thinking about playing music that sounded like what he had heard growing up. Though he was playing jazz exclusively, he had been listening to The Band, Bob Dylan, The Beatles, Neil Young, Led Zeppelin,The Allman Bros., The Grateful Dead, Joni Mitchell, Steely Dan, Tom Petty and the Heartbreakers. In 2002 he became a founding member of the Americana Roots Collective known as Ollabelle. The group began as a loose Sunday night bar band that focussed on old time country gospel tunes as their repertoire. After a few months, a local studio owner offered to record them for free and sent their demos to record producer TBone Burnett. Burnett promptly signed them to his Columbia records imprint, DMZ records. Perhaps one of the highlights of this period for Leone was meeting and playing with one of his all-time favorite drummers, Levon Helm. (Father of Amy, one of the groups members.) 2004 was a busy year for the band. They spent 6 weeks on the road as part of a show called "the Great High Mountain Tour" which featured Allison Kraus and Union Station, Norman and Nancy Blake, and Ralph Stanley among others. . Then, in a completely different direction, they spent another 6 weeks opening for Jazz singer, Diana Krall. They also spent some time that year on the road with Alt. Country Genius songwriter Ryan Adams. By the end of the year Ollabelle had played The Beacon Theater, The Newport Folk Festival, Red Rocks Amphitheater, The Fillmore in San Francisco, Radio City Music Hall, and the Greek Theater in LA. The band was also featured on NPR "All Things Considered", CBS "Sunday Morning", and "Late Night with Conan O'Brien". During this time Leone began studying mandolin seriously as well as singing in the live shows. 2006 saw the release of Ollabelle's sophmore release Riverside Battle songs on their new label, Verve/ Forecast. The record highlighted each of the members' songwriting talent as well as their singing abilities. The band continues to hone it's skills as a live act while out on the road promoting the new record. The band was also featured on a DVD of one of Levon Helm's "Midnight Rambles" in which you can, for a split second, see the drummer playing double drums with his musical hero. He has also appeared with Levon on the "Imus in the Morning" program on MSNBC. Most recently Ollabelle did a concert in woodstock at the Bearsville theater in which a set of their music was followed by a set backing up Donald Fagen and Phoebe Snow. Playing Steely Dan Tunes as well as songs from "The Nightfly" was a dream come true for the group. Some of the other artists Leone has most recently recorded with have been: Glenn Patscha, The Lowdowners, Chris Bergson, Bill McGarvey, Brian Cullman, Jim White, Dave Spalding of "Pell Mell", as well as the soundtrack for the film "Padre Nuestra" He continues to free-lance around NYC and has recently played gigs with The Lowdowners, Jay Collins Band, Steven Bernstein's MTO, Chris Bergson Band and Dave Spalding from Pell Mell.