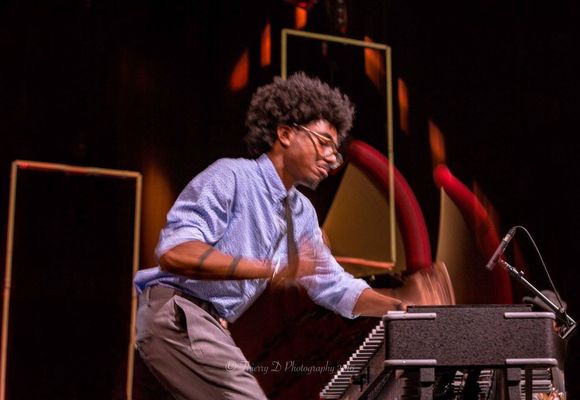 Highly anticipated vibraphonist, Joel Ross is making waves across the nation. The Chicago native has performed with notable musicians including Herbie Hancock, Wynton Marsalis, Christian McBride, Ambrose Akinmusire, Gerald Clayton, and many others. Ross has performed at venues throughout the United States, France, London, Ukraine and Canada, as well as the Marciac, Monterey and Chicago Jazz Festivals. He’s performed at venues such as Duc des Lombards, Ronnie Scott’s, The Jazz Gallery, Jazz At Lincoln Center, SF Jazz, The Jazz Showcase and a host of others. Currently residing in New York, Ross leads his own group, Good Vibes, consisting of a rotating roster of his peers.