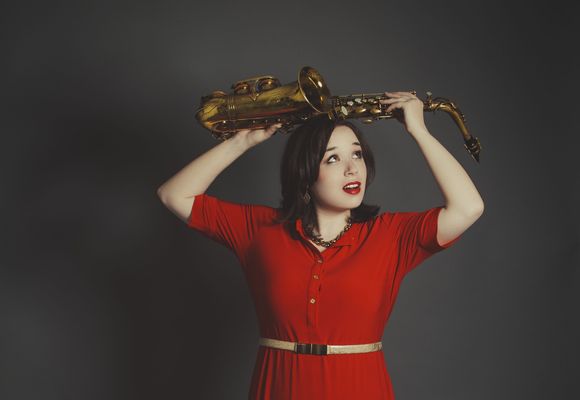 Jordan Pettay is a jazz saxophonist, composer and teacher. Instantly recognizable for her sophisticated and spiritual sound, Jordan has collaborated with many of the world’s premier jazz artists including Herbie Hancock, Christian McBride and Terence Blanchard. She currently lives in New York City, where she appears regularly as a freelance artist, educator and leader of The Jordan Pettay Quartet.

As a child growing up in Ft. Worth, Texas, Jordan drew early inspiration from the classic jazz recordings of Charlie Parker and Duke Ellington, as well as the gospel music she was immersed in. She sought to attain the musical depth of the jazz masters while maintaining the raw and sacred feeling of the church. In high school Jordan commuted four hours daily to attend the Booker T. Washington Performing Arts High School in Dallas, and in 2008 received a full scholarship to attend The Juilliard School in New York City.

At Juilliard, Jordan was mentored by iconic New York saxophonists Ron Blake and Steve Wilson while travelling Europe, South America, Asia and Australia as a guest clinician and performer. She graduated with her Master’s degree in 2014, and now resides near Harlem’s historic Strivers' Row neighbourhood. She is currently working on her debut album while making regular appearances at top NYC venues including Dizzy’s Club Coca Cola, The Blue Note and Smoke Jazz Club.