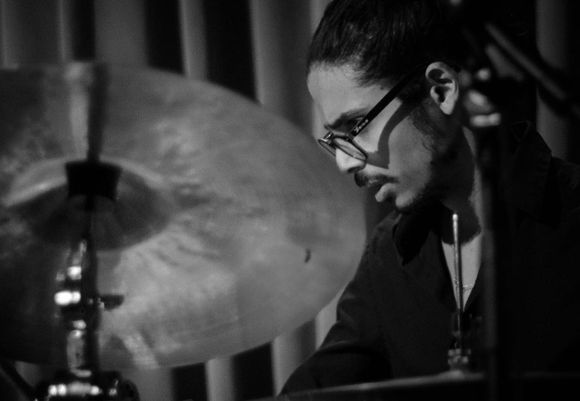 Ofri Nehemya was born on January 10th, 1994 in Givatayim, Israel, to a musical family; his father is a drummer and his mother is a singer. Since a very young age, when music was all around, Ofri was exposed to all different kinds of music including Rock, Pop, Fusion and more. Around the age of 3, he picked up the drumsticks for the first time, playing simple grooves only a few months later.

From the age of 8 Ofri was taught by his father for the next 4 years, playing mostly fusion music. In the age of 12, Ofri started taking piano lessons Classical and jazz, that gave him the basics of harmony and composition.

3 years later, at the age of 15, Ofri started his studies at Thelma-Yellin High school's Jazz department. From that point he was mostly playing jazz music.

In high school Ofri started studying arrangment, musicianship and jazz history. At the same time, he was playing in the department's jazz combos and in the high school's big-band.

In the age of 17 Ofri met the worldwide known Israeli saxophone player Eli Degibri for the first time, and after a while started to play in his quartet, also sharing the stage with worldwide known jazz musicians as Aaron Goldberg and Reuben Rogers.

One year before high school graduation, Ofri got a full scholarship to Berklee's workshop summer program. While taking the short course, he won a Full Ride scholarship for 4 years Studies.

At the age of 19, Ofri started playing with the well known Israeli bass player Avishai Cohen, touring with him allover the world. Ofri plays on the album 'Almah' - the official record of the Avishai Cohen with strings project.

​At the year of 2015, Ofri started working with Israeli bassist and composer Omer Avital, and have been touring, performing and recording with him since then.

Ofri recently joined Shai Maestro Trio, recording with him "The Dream Thief" - An album for the prestigious ECM Records.

​Currently Ofri lives in New York City, and keeps collaborating with some of the leading musicians on the Jazz music scene.