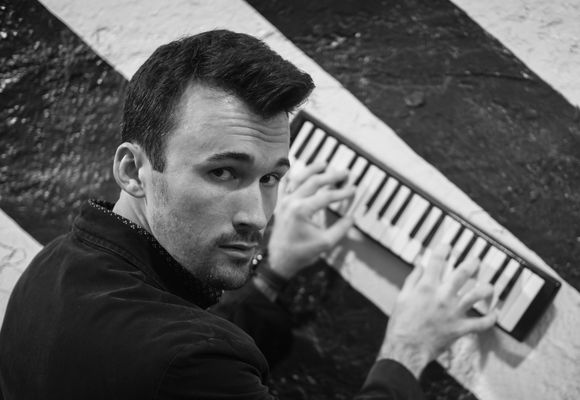 Pianist, composer and educator Dave Meder is quickly becoming one of the prominent artists of his generation, known for a panoramic, genre-bending approach that has earned him slots in the Thelonious Monk International Jazz Piano Competition and the American Pianists Awards. He has performed in some of New York’s most hallowed rooms, including several headlining stands at Dizzy’s Club Coca-Cola, Smalls, and internationally at the Tokyo Jazz Festival, Torino Jazz Festival, and others. In 2013, Meder won the esteemed Jacksonville Jazz Piano Competition. His debut album, Passage (Outside In Music, 2019), is a dynamically interactive piano-trio outing boasting appearances by the generation-defining saxophonists Chris Potter and Miguel Zenón.

Meder is also a skilled composer-arranger, having earned an ASCAP Young Jazz Composer Award, the FirstMusic Commission of the New York Youth Symphony, and a slot in the BMI Jazz Composers Workshop. As the Assistant Professor of Jazz Piano at the University of North Texas, he is currently the youngest instructor employed in one of the nation’s most renowned music programs.