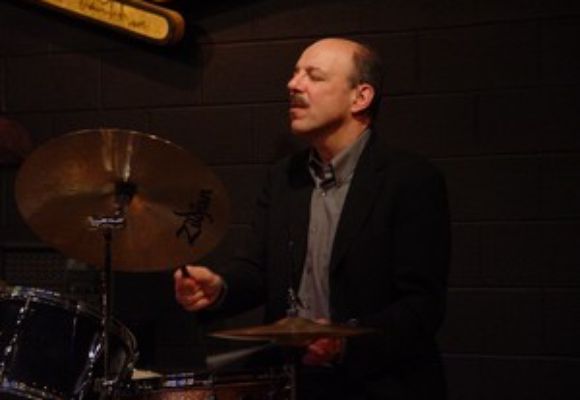 Tom was born on the same day his trumpet-playing father began his life-long friendship with jazz legend Bobby Hackett. This friendship exposed Tom at an early age to some of the world's finest jazz musicians. Hackett's drummer, Ray Mosca, gave Tom some lessons in playing the drums, helping him to appreciate the talents of drummers like Jo Jones, Max Roach, and Philly Joe Jones. Hackett, Stan Getz, Dave McKenna, and Monty Alexander were just a few of the visitors at the Melito household who also introduced Tom to the world of jazz. Upon graduating high school Tom went off to study music at The Berklee School of Music in Boston. He later received his degree in music from the Crane school of Music in Potsdam NY. While in Potsdam Tom got some early experience playing with Marion McPartland and Herb Ellis. After graduation Tom moved back to Rochester NY for a brief period during which time he played in a band with ex- Coltrane bassist Steve Davis.

Since moving to New York City in 1984 he began playing drums with some of the worlds best-known jazz artists. These players include Howard McGhee, Bill Hardman, Junior Cook, Harry "Sweets" Edison, Bill Watrous, Dave Liebman, Bucky Pizzarelli, John Pizzarelli, and Etta Jones. Tom's talents have also been in demand internationally, including numerous tours of Japan, Europe, and South America. He has also performed in most of the world's largest jazz events, including the JVC, Montreal, and Berne Jazz Festivals. His many television appearances include the CBS Early Show, Entertainment Tonight, and CNN World Beat. In recent years Tom traveled to South America where he played with Lew Tabackin and Warren Vache for a concert series. Toured Europe with the Harry Allen Quartet, and Upon his return to New York and a stint with singer Kenny Rankin's band, he's been busy sharing the stage with some of the biggest names in jazz including, saxophonist Frank Wess, pianist Junior Mantz and bassist Michael Moore. Tom is currently a member of Mike's Trio and is featured on his recently released CDs. Active in jazz education he is an adjunct professor at Central Connecticut University where he teaches drums and Jazz Ensemble playing.